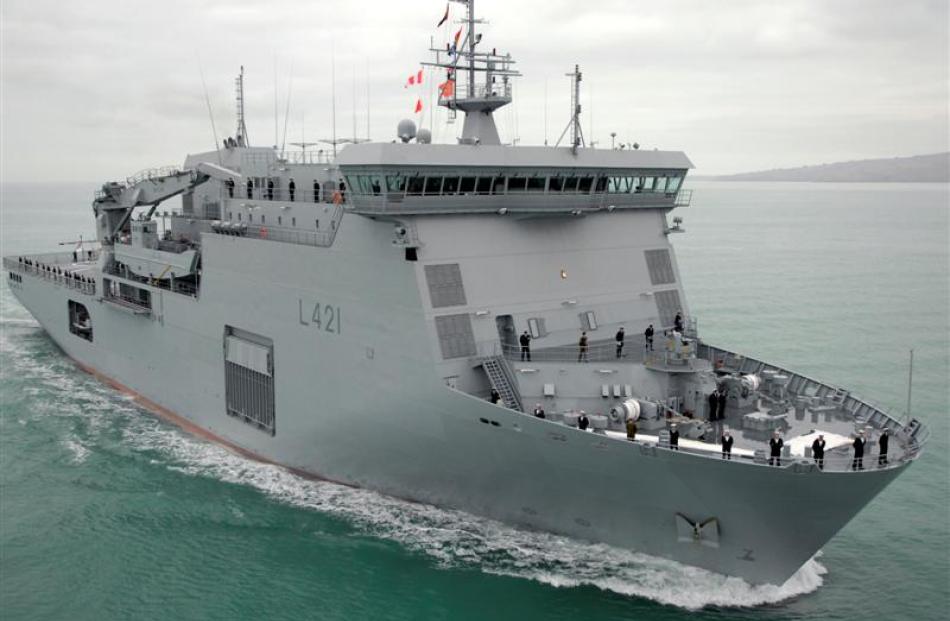 The multi-role vessel HMNZS Canterbury will be seen in Timaru in November as part of operation Southern Katipo. Photo by Chris Weissenborn.

The tri-service exercise, ''Southern Katipo'', involves a training scenario set in the fictional southwest Pacific country of ''Mainlandia'', requiring intervention from the ''League of Pacific Nations'' to restore law and order.

The New Zealand Defence Force (NZDF) is deploying two ships (HMNZS Canterbury and HMNZS Wellington) and up to 12 aircraft for the exercise, which involves 1500 armed forces personnel from New Zealand and another 600 troops from Australia, Canada, France, Malaysia, Papua New Guinea, Singapore, Tonga, the United Kingdom and the United States.

The exercise runs until November 29.

Although few details were released by the NZDF yesterday, the primary area of operations centres on the airport and port of Timaru, and other unnamed locations in Waitaki and South Canterbury.

Southern Katipo Amphibious Task Force commander Captain Jim Gilmour said the exercise involved about 2200 personnel and would enable all three branches of the NZDF to demonstrate their ability to co-operate with coalition partners.

''Exercise Southern Katipo 2013 aims to test the capability of the NZDF to mount a medium-scale amphibious operation that involves maritime, land and air assets.''

''Exercises such as this help the NZDF prepare for a variety of contingencies and ensure that New Zealand can play its part with other nations to assist our Pacific neighbours, should the need arise.''

Southern Katipo, the NZDF's largest multinational and inter-agency exercise, was scheduled to start in February 2011, but was cancelled following the Christchurch earthquake.