No National debate team yet 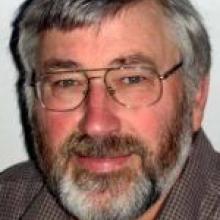 Dugald MacTavish
Time is running out for a team from the National Party to front up to a debate in Hampden in September to argue in favour of asset sales.

Hampden Community Energy, which organises the popular annual debate, has been trying since early this year to get the Government to enter a team, even writing in May to Prime Minister John Key, who declined the invitation and suggested an approach to individual MPs.

Debate organiser Dugald MacTavish yesterday said Hampden Community Energy took that advice and sent individual invitations to the 40 National MPs most likely to accept, asking for a response by the end of this month.

As of late this week, about half had declined, most of the others sending acknowledgments of receipt of the invitation.

"So, right now, things don't look promising for a team of National MPs," he said.

Hampden already had its team organised - Peter Hodgson (Labour Party), Chris Trotter (political commentator) and Kennedy Graham (Green Party) - to debate the affirmative of: "The sale of all, or significant proportions of, New Zealand state assets will create more problems than it solves."

But if there is no National Party team, the organisers will have to make up a composite team of other political parties, organisations or individuals to debate the negative on September 17.

Hampden Community Energy faced a similar problem with its debate last year, with both Waitaki MP Jacqui Dean and Mr Key unable to field a team.

However, this year it hoped for a positive response because the Government intends to make asset sales an issue at this year's general election.

Organising a composite team would not achieve what Mr MacTavish thought was important - "a probing exchange" with the proponents of asset sales.

"It is the National Party which will interpret a successful election result as a mandate to proceed with asset sales when, in fact, the issue could be obscured by other issues," he said.

State-owned assets were "a commonwealth" inheritance that some people felt should be passed intact to future generations.

"To many of us, the wisdom of putting at risk ownership and control of our energy supply, the foundation of our national economy, seems highly dubious. We would love to hear more about the risks and opportunities," Mr MacTavish said.