Outcry over decision to remove altar 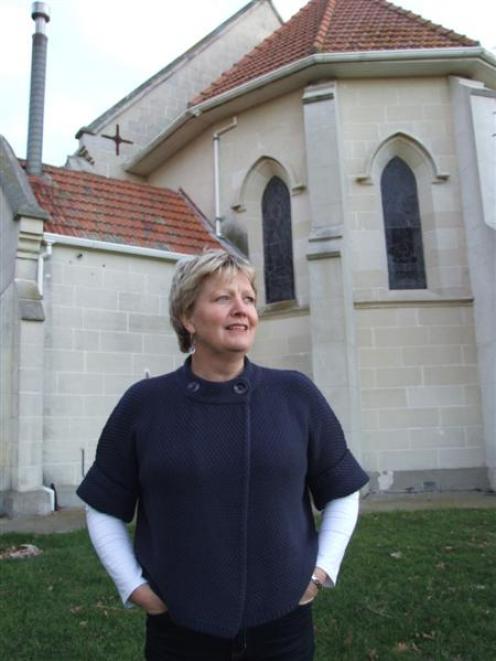 Ms Scott, nee McCarthy, is the grand-daughter of Peter McCarthy, who gave the 28-bedroom house and 10ha which comprise Teschemakers to the Dominican Sisters in 1911, and a further 40ha in 1918.

It is understood the magnificent altar, which came from Italy in 19 crates and was presented by the Hart family in 1926, will be removed next month and installed in the Holy Name Church in Dunedin.

A parish newsletter last year said the pastoral area had received a generous gift from the Dominican Sisters - the marble altar, marble stands and choir stalls from the chapel.

By removing the altar from the chapel, designed by F. W. Petre, the building would be robbed of its heart, Ms Scott said. 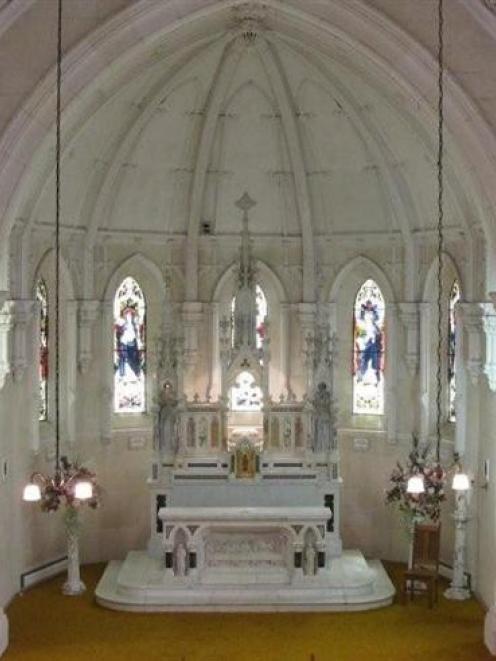 The marble altar in the chapel at Teschemakers. Photo supplied.
"We may as well bulldoze the building down now," she added.

Her late father, John McCarthy, who farmed at Teschemakers for more than 50 years and died in 2001, would have been horrified, she said.

"Teschemakers was such a major part of his whole heritage and life. Everything revolved around the Catholics, Dominican nuns and Teschemakers.

"Dad was so generous with his time, money and energy. One of his top priorities was Teschemakers and the nuns," she said.

Mr McCarthy's only surviving sister, Margaret Tarrant, who lives in the North Island, was also devastated.

Ms Scott understood that, legally, "we don't have a leg to stand on", because the Dominican Sisters owned the contents of the chapel.

However, she had hoped to appeal to the sisters' sense of history, out of respect to the McCarthy family, but was told by Dominican sister Elizabeth Mackie there was no alternative plan.

"Surely they can be giving some sort of consideration to our family, our heritage and the importance of Teschemakers. They are not taking into account the generosity of 100 years ago."

It was "enormous history" that was about to be removed. The altar had been specifically designed and built for the chapel and it held no significance in Dunedin.

The former boarding school, including the chapel building, was sold to Dr Hirotomo Ochi in 2000. Dr Ochi, who died in 2005, had planned to redevelop the property into an international health science education centre.

Those plans came to nothing after his death, as his business directors in Japan terminated his plans and put the Teschemakers assets on the market.

Ms Scott suggested the chapel be subdivided from the rest of the property. It could remain intact and be placed in the protection of the New Zealand Historic Places Trust.

She even appealed to the Dominican Sisters to consider giving its contents to the community, reminding them the contents had been given to them in the first place.

She understood it was going to cost between about $70,000 and $80,000 to remove, transport and instal the altar in Dunedin.

That money would go a long way towards fixing the roof and preserving the building with its contents, she said.

When contacted, Sr Mackie said the Dominican Sisters had no idea who might buy the Teschemakers property, for how long or for what purpose and it was very hard to exercise ownership over the contents of a building the order did not own.

As the building's future was unsure, it was felt the altar could at least be used in a different place.

The sisters had tried to make the best decision they could under the circumstances and were sorry for any hurt it had caused, she said.