Low oil prices have forced Tag Oil to review plans to test-drill an onshore well at Peebles on the Waitaki Plains.

The Canadian-based company announced early this year it was considering drilling within the next 12 to 18 months, but comments by its New Zealand country manager, Max Murray, to the Otago Daily Times yesterday indicated that might not be as certain.

He said work associated with the permit was still focused on internal technical work ahead of a final decision to drill, which was due in the next couple of months.

''However, given the current low oil price, we are closely reviewing our portfolio to ensure each exploration prospect achieves both a technical and economic pass mark before the decision to drill is undertaken.''

As signalled earlier in the year, Tag Oil was also seeking a suitable ''farm-in'' partner to reduce financial risk and costs associated with the oil permit.

''Should this be unsuccessful, it's likely that we will delay or drop the permit,'' Mr Murray said.

The Jardine-1 test well prospect was on land in Jardine Rd, northwest of Oamaru.

The company had already been involved in oil exploration in the area, drilling two wells in the 1950s.

They showed hydrocarbon, but not in sufficient commercial quantities.

More modern technology, including magnetic and gravitational surveys, had helped narrow down the area to drill.

However, drilling also depended on a suitable rig being available in the South Island and Tag Oil was aware of only one that would meet its requirements.

The well was relatively shallow at 850m and would not need a big rig.

If the test well went ahead, the company would have to lease the land, get any required resource consents and build the drilling pad and infrastructure.

It would take about two weeks to drill with about 25 to 30 people involved.

Tag Oil's permit was granted in 2010 and then extended to 2020 and covers an area south of Waimate to Warrington. 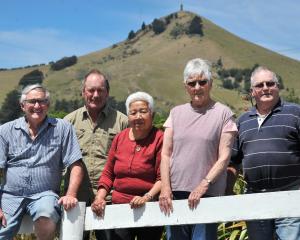