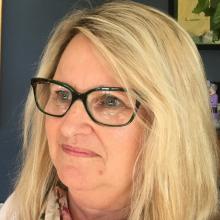 Mrs Martin started as the Totara Estate and Clarks Mill property lead on Monday combining her farming, hospitality, social work and heritage skills into one.

After moving on from running Oamaru’s historic Criterion Hotel, alongside her husband, Herbert, in January, Mrs Martin wanted to continue in the heritage and hospitality industry.

Totara Estate, which shipped the world’s first shipment of frozen meat in 1882, and Clarks Mill were the perfect fit.

She was "so excited" to be in the role and spent her first week feeling fortunate to learn while both sites were shut for winter.

Growing up on an orchard and farm in Central Otago, Mrs Martin always has an "affinity for the country" and the estate and mill sites reinforced that.

"Being a country girl, we know that the first economies, and still to a large degree, were built on the back of a sheep," Mrs Martin said.

Her family first "set foot" in Otago in 1862 and understanding her background was important to her. In turn, through social work, Mrs Martin knew the value youth placed on having a sense of belonging and heritage helped people gain that.

"History gets a bad wrap because people think it’s boring, but when you get beneath the facts and statistics, there are really fabulous stories about the efforts of individuals."

Everyone had a "stake" in the estate and mill and Mrs Martin wanted to ensure the stories were accurately told.

There were many yet to be told, involving the Maori heritage and women’s involvement at the two sites, she said.

"We know about the men because they made their mark in the world of commerce, but behind those men were some women doing some pretty amazing things. That’s another area I want to bring forward."

Mrs Martin became involved in Waitaki’s heritage in 2000, helping to form the Herbert Heritage Group, and had a long record of volunteering in Oamaru’s Victorian precinct alongside her husband.

She was thrilled to be able to bring those experiences to her new job.

"It’s a privilege for me to be a caretaker of these two wonderful properties and to be able [to] actively facilitate people’s enjoyment.

"The enjoyment has so many layers to it because there’s a lot to be learned from these properties."