Four of the original members from 1989 in (from left) Tima Taiti, Ana Perkins, Olivia Malama, and Toe Taiti are acknowledged at the 30th anniversary celebration of the group in 2019. PHOTO: CAROL EDWARDS
Moana Ahotaeiloa craves community connection. Taking over the reins as chairwoman of the Oamaru Pacific Island Community Group will help with that. It will be no small task either, as her community continues to grow — nearly 2000 Pacific Islanders call Oamaru their home. She will be at the helm as the group continues to navigate its way as a cultural haven and a social services operation in North Otago. Kayla Hodge reports.

Walking through the doors of Oamaru’s St Paul’s Presbyterian Church on a Friday night, Moana Ahotaeiloa feels a sense of belonging.

Laughter, joy and games fill the hall as members of North Otago’s Pasifika community come together to connect and share their heritage. 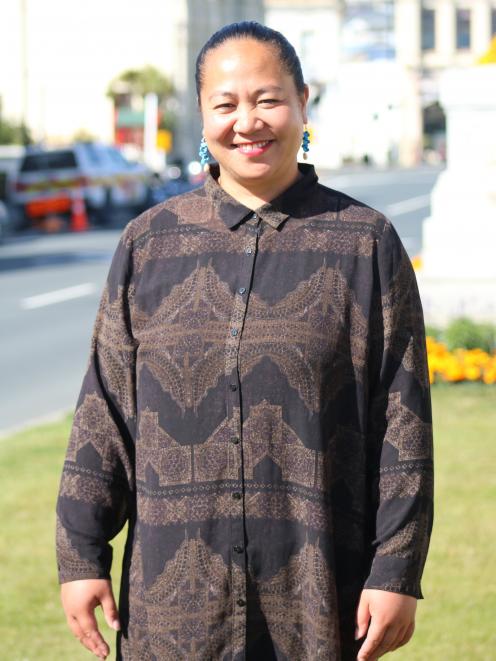 She became the group’s chairwoman last month, after Hana Halalele stepped down to be general manager.

The group’s Friday night programmes have been helping Mrs Ahotaeiloa reconnect with her community.

Mrs Ahotaeiloa, of Tongan descent, migrated to Dunedin when she was 3.

She moved to Oamaru when she met her future husband Kisione, before shifting to Dunedin once again.

Two years ago, she moved back to Oamaru with her husband, their daughters Mele (9) and Manu (7), and their son Foliaki (20 months).

Her daughters were accustomed to having family surrounding them, and the sessions helped them build relationships and maintain their heritage.

Cook Islands tamure dancers take the stage. PHOTO: CAROL EDWARDS
"They’ve really enjoyed going to that, and I’ve really enjoyed the adult conversations with my people — seeing old faces that I know, even founding members that are still there," Mrs Ahotaeiloa said.

Getting more involved in the group had always been on her radar, after having a strong affiliation with Dunedin’s Tongan and Pasifika groups.

She believed now was the time to take over the reins.

"I really wanted to get back in and be more involved.

"I really did start to crave being back in the community because moving to a new place can be quite isolating.

"We do have family here but not many, so [it is] just trying to get back out into the community, and be involved."

The group had a strong base, with nearly 70 official members, who she planned to keep connected.

While there was an operational side to running the group, what was most important was the cultural side of the job: connecting members with their people and supporting them to achieve their goals while staying true to themselves.

It was "a place where we can still do what makes us Tongan or Pasifika", Mrs Ahotaeiloa said. 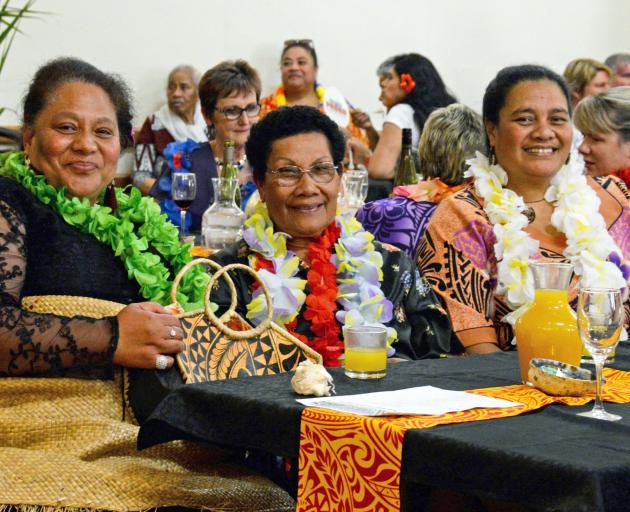 Pacific Islanders who travelled to take part in the group’s 30th anniversary celebrations in 2019 are (from left) Tua Misiloi, of Oamaru, and Ailine Luyten and Yardly Woodhouse, both of Timaru. PHOTO: CAROL EDWARDS
"We come from the village life — where it’s the whole village, and a community.

"We like to go and see what people need, support each other, raising our kids.

"It’s a family, supporting [each other] and we are behind you, wanting you to achieve and be successful — and have a lot of fun."

Four women founded a Pasifika group in 1986, which became the Oamaru Pacific Island Community Group in 1989.

It helped support the small Pasifika population back then, but now nearly 2000 Pacific Islanders call Oamaru their home.

In collaboration with other organisations, the group helped enable education, mentoring, budget advice, a language week and health programmes for the community.

Alesi Draunimasi and Lativia Kaufana were appointed as the group’s secretary and treasurer respectively.

"It’s really important for us to be able to provide those wrap-around social service support, as well as maintain their culture."

As the community’s population had grown, gaps and needs had become apparent, leading to developing more social services in the past two years.

"[We] still want to maintain our original purpose and remain at that grassroots community level, but also transitioning and balancing that with the new business model that we are heading into.

"It’s a challenge, but it’s exciting at the same time."

The group has been making waves nationally — Mrs Halalele, and others, were part of a Zoom call last week with Director-general of health Ashley Bloomfield.

More than 500 people representing Pacific Islanders were given information for their communities about Covid-19 vaccinations.