Police appeal for information on methamphetamine 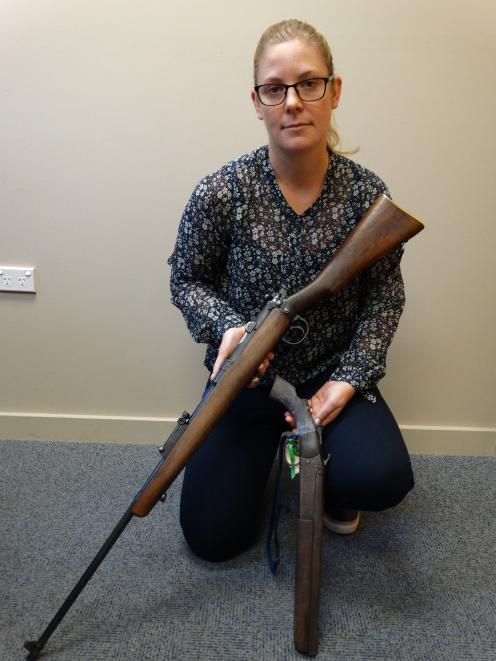 Demand for the drug has increased in recent years and continues to climb, so much so that in an effort to combat the issue, Oamaru police have encouraged members of the public to come forward to assist them in their inquiries into the town’s methamphetamine trade.

Detective Sergeant Hannah Booth, of Oamaru, said methamphetamine was "definitely more readily available" than cannabis in Oamaru, which was of great concern to police.

A priority for police was speaking to those who used the drug, which they hoped would in turn have a negative impact on people who supplied it.

"We are trying to reduce the demand for drugs in the Oamaru area and by doing that, we are trying to work with drug users as opposed to targeting the suppliers."

That work involved talking to users about where they were getting their methamphetamine from and why they used it, and offering them assistance to deal with their addiction.

"If we can target drug users, that is going to take away the demand in Oamaru," she said.

When asked if there was an element of organised crime involved in the distribution of methamphetamine in Oamaru in the form of gangs, Det Sgt Booth said that was unlikely to be the case.

"I would say no ... in terms of the Oamaru community we don’t think so. Oamaru doesn’t have a big gang problem, but just like anywhere there [are] always going to be new gang members moving into town."

Methamphetamine use had flow-on effects throughout the community, such as users committing crimes to fund their addiction.

A string of burglaries, which have since ceased, were reported in Oamaru’s North End in February and March.

At the time, Sergeant Tony Woodbridge, of Oamaru, said cash was being targeted and that the burglaries were probably committed to fund drug use.

Police were also working to reduce the number of cases of prescription medication such as Ritalin and methadone being sold by individuals, which had been a "big problem" in Oamaru for some time, Det Sgt Booth said.

Police were aware of other stolen firearms in the community, and were investigating.

Det Sgt Booth advised gun owners to store their firearms in a locked cabinet, with the keys locked away separately.

She encouraged anyone with information on Oamaru’s methamphetamine trade to contact police or Crimestoppers on 0800555111.

"Police rely heavily on information from the public and we can’t operate without it. We know there’s talk in the town about meth use, but nobody’s talking to us about it."