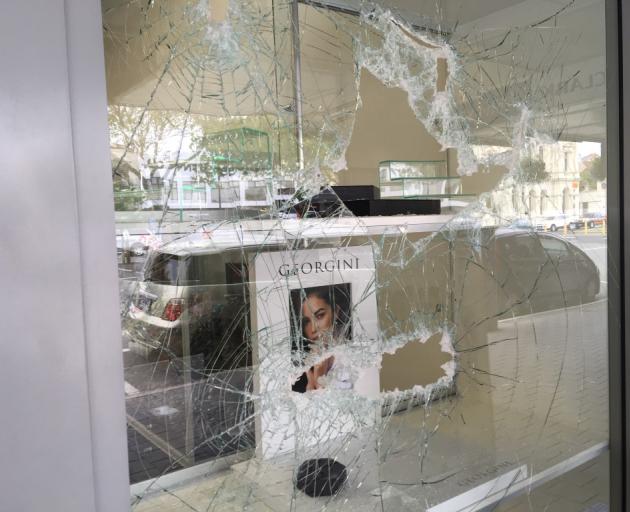 The front window of Ballantynes Showcase Jewellers in lower Thames St in Oamaru, which was smashed earlier this week. Photo: Daniel Birchfield
Police are investigating a possible link between a car theft and a smash-and-grab at an Oamaru jewellery store earlier this week.

About 1.20am on Tuesday, Ballantynes Showcase Jewellers in lower Thames St was burgled.

Overnight on Monday a white 2002 Subaru Forrester was taken from a Reed St address.

It was reported stolen at 7am on Tuesday and found, damaged, two hours later in nearby Nen St.

police were "investigating possible links between that burglary and the car that was stolen."

The total value of the stolen jewellery was estimated to be in the thousands of dollars.

Store owner Wendy Bradfield said the theft was "devastating" for her and store staff, particularly so close to Christmas.

No arrests have been made and inquiries are continuing.