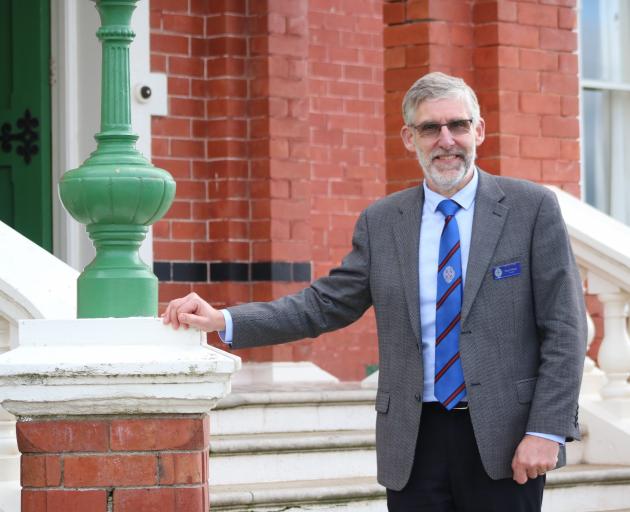 St Kevin’s College principal Paul Olsen is stepping down from the school at the end of the year, to take up a new role as the Otago-Southland Diocese Catholic education office manager. PHOTO: KAYLA HODGE
After more than 17 years at St Kevin’s College, Paul Olsen might be leaving but he isn’t going far.

After 11 years as principal of Oamaru’s Catholic secondary school, Mr Olsen announced yesterday he would be stepping down at the end of the year, to take up a role as manager of the Catholic Education office for the Dunedin Diocese.

"It’s exciting to take on a new challenge, but it’ll be a huge wrench," Mr Olsen said.

"My heart’s been invested in [St Kevin’s College]. It’s been an incredible opportunity to lead such an awesome school."

A strong Catholic connection led to the next step in his career, where Mr Olsen would provide guidance and advice to the 28 schools in the diocese from Waitaki to Invercargill. It would allow him to maintain a connection with St Kevin's, and education in North Otago.

"It covers everything from mentorship through to guidance, and that’s exciting, to be able to give back to the education community."

While his job would be in Dunedin, Mr Olsen would still be based in Oamaru, and continue as the Safer Waitaki Community Coalition chairman and as the Waitaki District Schools Pipe Band president.

St Kevin’s board presiding member Eugen Dupu said finding a replacement of Mr Olsen’s calibre would be difficult, but his early resignation ensured his work would be continued.

"It is with a great deal of gratitude that the college acknowledges that Mr Olsen will still be involved with the school in his new role. We wish him every success in his future endeavours," Mr Dupu said.