Newly elected Waitaki Boys' High School chairwoman Andrea Ludemann, a third-generation Waitakian, knows there will be scrutiny as the proud school emerges from a "troubled period".

After a five-year statutory intervention, the first priority for the new board at the secondary school which opened in 1883 was to create a "new vision", she said.

Boasting 32ha grounds, historic buildings, and an early history of a national reputation for excellence in its academic and sporting programmes, the state school had been under a commissioner since October 2014. 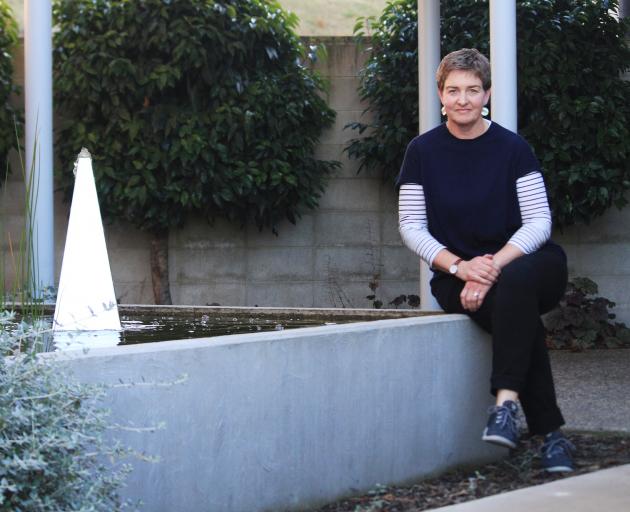 In 2014, the Otago Daily Times published some of the contents of a leaked report on the school by former Waitaki mayor Alan McLay and former John McGlashan College principal Michael Corkery.

It painted a picture of a school in crisis with a "toxic environment for many staff", probably affecting pupils.

In the 1960s, the school's hostel was the largest in New Zealand with about 350 boys living on campus - today there are 45.

Yet after enduring five years of intense public scrutiny and issues with discipline and academic achievement, there is a renewed optimism for the school in the community.

On June 13, five parent representatives were elected to govern the school - 12 put their hands up to take on the role.

Waitaki Boys’ High School pupils performed a haka outside the hall of memories when Prime Minister Jacinda Ardern visited the school last year. PHOTO: GREGOR RICHARDSON
And the incoming board had "a unique opportunity" to set the course for the school, Ms Ludemann said.

"I just think it's a really exciting time to come on board in terms of helping guide the school in its future direction."

Any school, just like any business, faced challenges, she said.

But Ms Ludemann (48) has a vested interest in the school - her 14-year-old son is a year 10 pupil, even though his older brother (16) goes to Timaru Boys' High School an hour north.

Five years ago, the landscape was different, but since that time - "yeah, the growth and the movement's just fantastic".

"When it came time to look at high schooling for [her older boy], Waitaki Boys' was going through its troubled period. We decided, knowing our child, we felt that probably wasn't going to be a good choice for him," Ms Ludemann said.

For her second son, the decision was different.

"Again we looked. And we could see the positive changes - different child, different needs and requirements - but the movement and the growth that we could see meant that it was a really easy decision.

"Up until these last two years though, I've been on the outside," she said.

"When you're not in the inner workings it is a very casting glance.

"I wasn't looking any closer than I needed to, until we needed to as parents.

"But we could see that difference from when we were looking from our first son to our second son."

At the centre of school life at Waitaki Boys' is the Heritage New Zealand category 1 Hall of Memories - and the centenary of the 1927 building has been front of mind for rector Darryl Paterson since he took on the role in 2017.

The refurbished hostel will be home to more than 70 pupils "and that will include a significant number of international students".

Financially, he hopes to improve the school's break-even status and to begin operating a surplus.

To grow hostel numbers, the school was also marketing itself in rural areas closer to home as a farming school.

Waitaki Boys' was the only school in the South Island with a working and educational farm on campus, Mr Paterson said.

Further, when Mr Paterson started at the school, the school was well below national averages academically.

But the goal was for NCEA pass rates to be at or above the national average within three years. 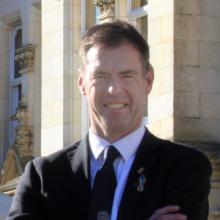 "Last year we had our best level 3 results in five years," Mr Paterson said. "We're still below the national average. But academically we believe we're heading in the right direction. Our results show that."

"There was an opening in the senior leadership team at the start of last year, 2018, and we were able to appoint Aisea Fifita to the role of associate rector - his portfolio was teaching and learning."

The tracking of academic success undertaken by Mr Fifita had played a major role in the continuing improvements.

And a "more hands-on" approach towards academic success was paying dividends for the boys, Mr Paterson said.

While there had been behavioural issues at the school when he took over as rector, Mr Paterson and his senior leadership team had drawn a line in the sand and pupils were learning that if they crossed the line, there would be consequences.

And there was continuing improvement in that aspect of school life as well.

Statistics provided by the Ministry of Education show nearly three times more stand-downs at Waitaki Boys' than any neighbouring school over the past four years.

"My leadership philosophy is that boys need to know where the line is drawn and the message that I got when I first arrived here is that there was a need for consistency of that messaging," Mr Paterson said.

"We're not there yet, we're not 100%, but that's just the nature of human beings. You've got different people who will implement that differently. That's still a work in progress, but it's certainly given the boys, in particular - they know where the behaviours sit and what the consequences will be."

And there was something that was not captured by statistics that was important to note - the pride the boys at school had.

"Come into assemblies. Come and watch the rugby team play on a Saturday. You will see pride. There's plenty of pride in this place. And we know we're not the finished article. And I'd be naive to say, particularly in the time from the initial commissioner, that there haven't been issues with the school, and areas of the school standards haven't dropped, but we are working our damnedest now to lift those," Mr Paterson said.

"The school has got amazing potential."

Invercargill lawyer Craig Smith took over from Nicola Hornsey as a commissioner at the start of 2017, to coincide with the beginning of Mr Paterson's tenure. He was immediately bullish about the school's future.

"After one term we are in a better position than I could have wished for," he said at the time. He lauded the rector for "driving a change in culture".

Now he believed the school was producing boys who were socially, culturally, and academically strong, and who excelled at sports.

Ms Hornsey declined to comment in detail, but said in an email she was "very pleased for the whole Waitaki Boys' High School community that a successful return to self-governance has been made".

"It is a school with a very proud history and a tremendous worldwide network of support. I wish the students, staff and board of trustees all the best for the future." 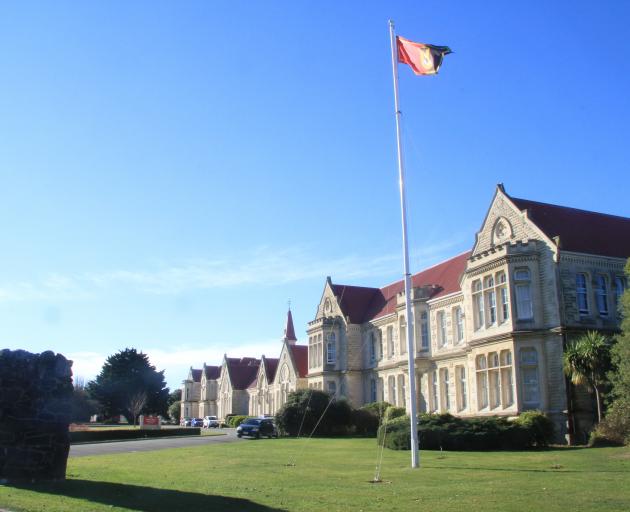 The flag has flown at Waitaki Boys’ since 1883. The past five years have been a difficult period for the once nationally significant state school. PHOTO: HAMISH MACLEAN
Ministry of Education sector enablement and support deputy secretary Katrina Casey said the return to self-governance followeda recent Education Review Office (ERO) review.

"Once confirmed, this report will provide evidence of the improvement of the school. We also closely monitor interventions, and were assured that the work of the commissioner and rector placed the school in a strong position to return to self-governance."

To ensure "the positive improvements" made recently would be maintained and built upon, the ministry had imposed a lower-level intervention.

Education consultant Cleave Hay had been appointed a specialist adviser to closely monitor the progress made.

"We don't expect that this will be a lengthy intervention, as the outgoing commissioner did substantial work to prepare incoming potential trustees and ensure systems were in place for the new board to start from."

Mr Hay, who wrote the report that preceded the 2014 McLay-Corkery report, referred comment to Ms Ludemann.

"I'm just there to support the board, but I think it's in a very good position. I'm just looking forward to supporting the board and helping them with their governance, really," he said.

ERO review and improvement services manager Sue Carswell confirmed the onsite review had been completed, but the review report itself was not yet complete.