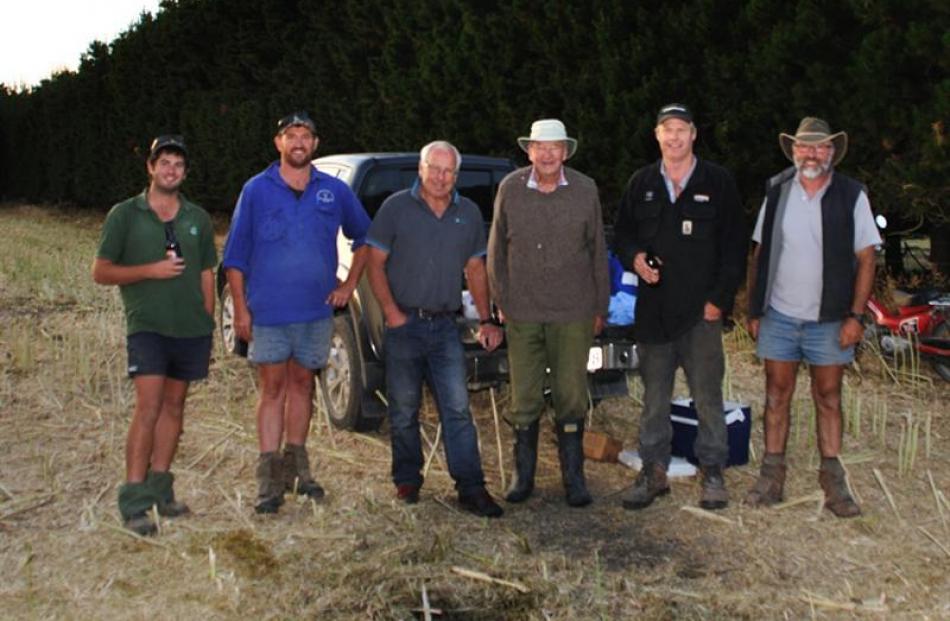 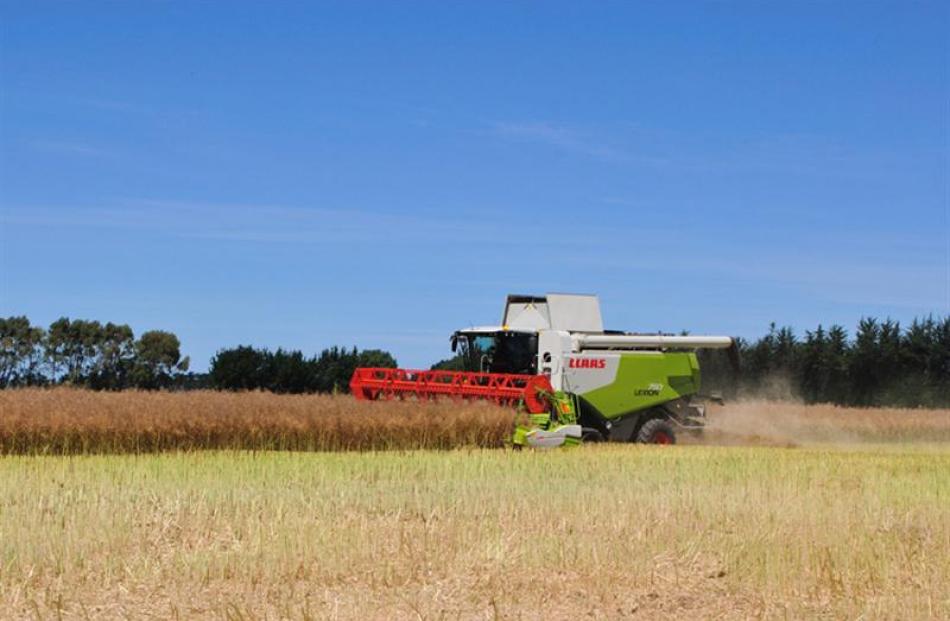 A canola paddock, boasting a world-record yield, is harvested on the lower Waitaki Plains, north of Oamaru. Photo by Gordon Barney.

As dry conditions continue in North Otago, a world-record canola crop harvested at Hilderthorpe has provided proof of the benefits of irrigation.

While Mr Dennison has had a few attempts at wheat world records over the years, it was his first crack at improving on the record for canola.

He approached Guinness World Records a few years ago, wanting to attempt to break a canola record, having had some ''really big crops''.

However, the response was that it was not interesting enough and not of wide enough public interest.

Then Mr Dennison read of a world record set by Tim Lamyman on his farm in Lincolnshire. Canola was a widely-grown crop in the UK, Canada and Australia, but not so much in New Zealand Mr Dennison said.

While he had not officially measured his own harvests, he had a ''fair idea'' there had been some around the 6.5-tonne to 7-tonne mark and he knew that was ''right at the top end''.

So he decided to have a crack at the record, running to the same criteria as outlined by Guinness World Records for wheat records, which included having a minimum area of 8ha and having witnesses.

Fellow North Otago arable farmer Jock Webster was the independent adjudicator, while Matt Murney, from Pure Oil NZ, the company that buys the canola, was on hand to verify the crop's quality.

The record yield achieved from the 10.2ha paddock did show what could be done when water was added to North Otago farmland. It could not have been achieved without it, he said.

The crop was still ''not drop-dead fantastic'' and Mr Dennison said he was not saying that other farmers had not had bigger crops.

Celebrations after the successful record attempt were fairly quiet as it was a busy time of year with more harvesting the next day.

Mr Dennison still had ''unfinished business'' when it came to wheat records and he had not given up on it, he said.

''Having the right amount of water at the right time is critical for high-value crops, as well as other farming system types.''