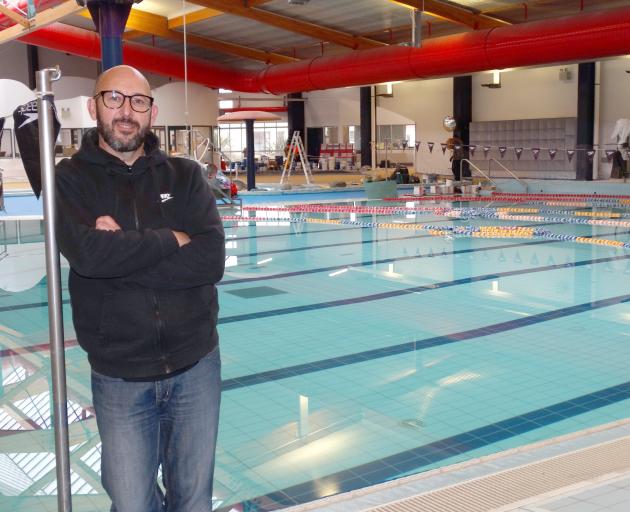 Waitaki Aquatic Centre manager Matthew Lanyon at the aquatic centre yesterday, before its reopening two months after being closed for an extended maintenance project. PHOTO: DANIEL BIRCHFIELD
Oamaru's Waitaki Aquatic Centre is set to reopen on Saturday after a large refurbishment project.

The Waitaki District Council facility, opened in 1999, has been closed since April for extensive maintenance.

While the pool closes every year for maintenance — usually for between two and three weeks — the Covid-19 lockdown period meant work planned for the next few years was brought forward.

Centre manager Matthew Lanyon said that meant more could be done to improve the facility than what would usually be achieved during its annual closedown.

"Originally, we had our scheduled maintenance closure scheduled for late June. Obviously, with lockdown we managed to extend it out and get work done that we were going to tick off over the next four years ... we rolled it all together."

Pool users would notice the changes as soon as they walked in the door.

"They will notice a difference, from the floors to the walls. The pools not so much, but the surroundings. Every surface has been touched in some way in the last couple of months."

All three pools, which took four to five days to reheat after being refilled, were drained, regrouted — 7km worth in the main pool alone — and had tiles replaced where needed.

Improvements out of the public eye included an overhaul of the equipment that keeps the pools and the aquatic centre running.