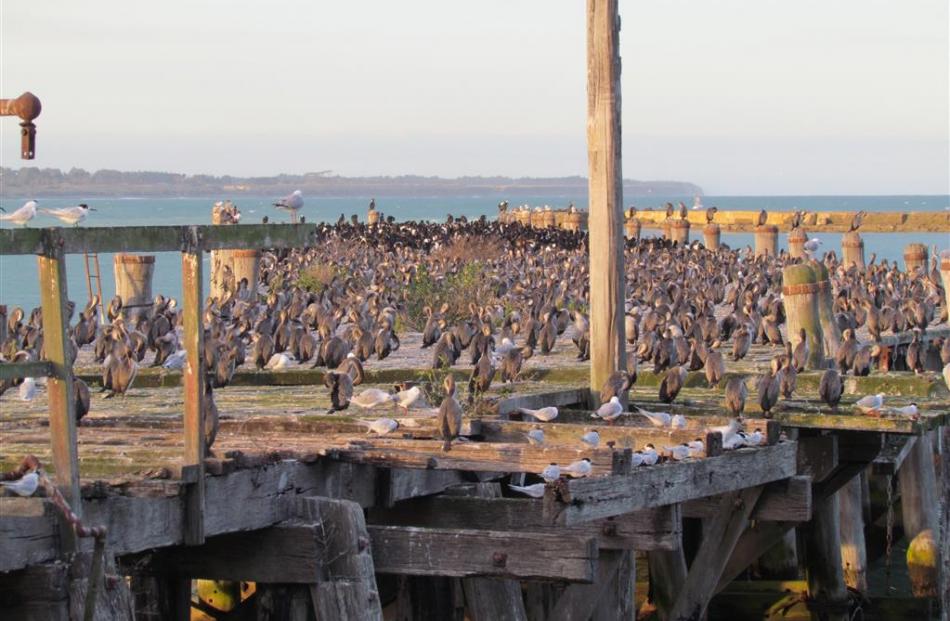 The Victorian Sumpter Wharf on Oamaru Harbour is not only a roosting site for spotted shags, it is the third-largest, and northernmost, breeding colony of the Otago shag. Photo by ODT.

Since being closed to the public, Oamaru's historic Sumpter Wharf has become a breeding colony for an endangered and little-known species of shag. 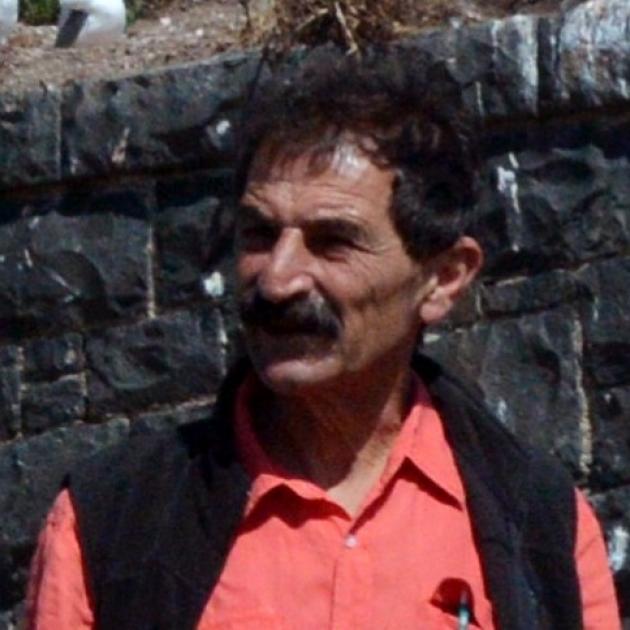 And with the Waitaki District Council now investigating reopening the 200m-long wharf to the public, scientists who know the birds are concerned.

Dunedin-based researcher Dr Chris Lalas, who has been studying shags for the last 40 years, first discovered Otago shag nests at the wharf in 2014.

"If it gets opened up to the public, it will totally destroy it as a shag location,'' Dr Lalas said.

Human use and an Otago shag breeding colony were "not compatible''.

Like the more common spotted shag, which are also a common sight on the wharf, it was believed Otago shags only roosted at the wharf and he was surprised to find them breeding there.

Previously, the northernmost colony of the birds was on Maukiekie Island, near Moeraki.

Unlike the spotted shag, the Otago shag would not nest on cliffs.

The flat area provided by the wharf was "ideal''.

A study co-authored by University of Otago department of zoology research fellow Dr Nic Rawlence from February this year showed the Stewart Island shag was two species of birds, the more southern Foveaux shag and the Otago shag.

DNA work proved the suspicions of scientists from as far back as the 19th century when it was first suspected there were two distinct species.

The Otago shag was once spread from Marlborough to the southern Catlins, but when humans arrived in New Zealand and began hunting the shags, the birds' numbers plummeted, Dr Rawlence said.

By about 1380, the birds had become restricted to Otago Peninsula and "they have never really recovered'', he said.

Dr Rawlence said with only 600 to 800 breeding pairs, "no more than 2500 individuals tops'', the bird was extending its geographic range again.

"But its population size is still going through the floor - it's still plummeting.''

The shags were a "geographically restricted species'' with very little genetic variation.

"You're talking about a bird that probably has about as much genetic variation as a takahe - very little,'' Dr Rawlence said.

"Any nest site for this species is important given the lack of genetic variation, continuing population decline.''

During the Waitaki District Council's 2016-17 annual plan decision-making, reinvestigating the restoration of Sumpter Wharf was referred to in the Harbour Portfolio.

In 2011, before Otago shags began nesting on the wharf, the council looked at a $1.5 million proposal to restore bracing and decking for the 1884 wharf to reopen to pedestrians and vehicles.

"It's one of those situations, at some stage, either we do something about the wharf or it will just fall into the water,'' Mr Kircher said.

"And that will compromise the colony anyway.''

Oamaru heritage stalwart and vice-chairman of the Oamaru Whitestone Civic Trust Graeme Clark, who made the submission to council to put Sumpter Wharf back on the agenda, said he did not know about the breeding colony when he made the submission, but it was his preference to see pedestrian access to the wharf: the wharf was "part of the fabric'' of the harbour.

"To me, coming from a heritage angle, it's a really important part of the harbour's history. And I think the whole reason the harbour and the precinct is becoming popular is because of the history - that's the whole reason people are starting to set up businesses - it's all about the heritage,'' he said.

Dr Lalas said the birds' presence could be seen to supplement the Oamaru Harbour's blue penguin colonies and would be noteworthy for those interested in conservation.

"It just requires a change in thinking once there's the realisation of what it represents,'' he said.

"It helps to make the place unique; it is actually the only place where people can get a good view of nesting Otago shags.

"It's curious. It's an overlap between human history and nature, because the presence of the wharf has made it possible to happen.''