Residents get their way 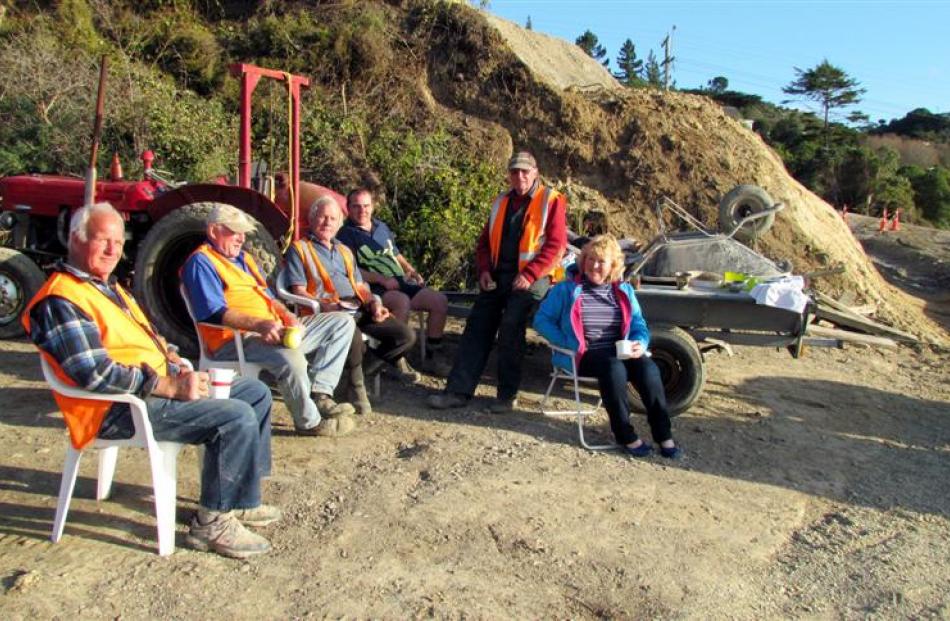 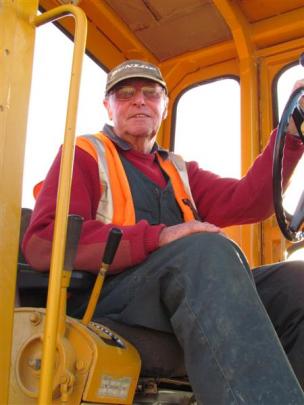 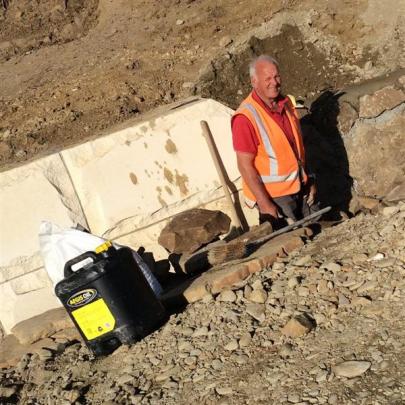 Volunteer Ben Gold works on a new culvert to take stormwater and drain the area above the road. Photo by Jane Carlyon. 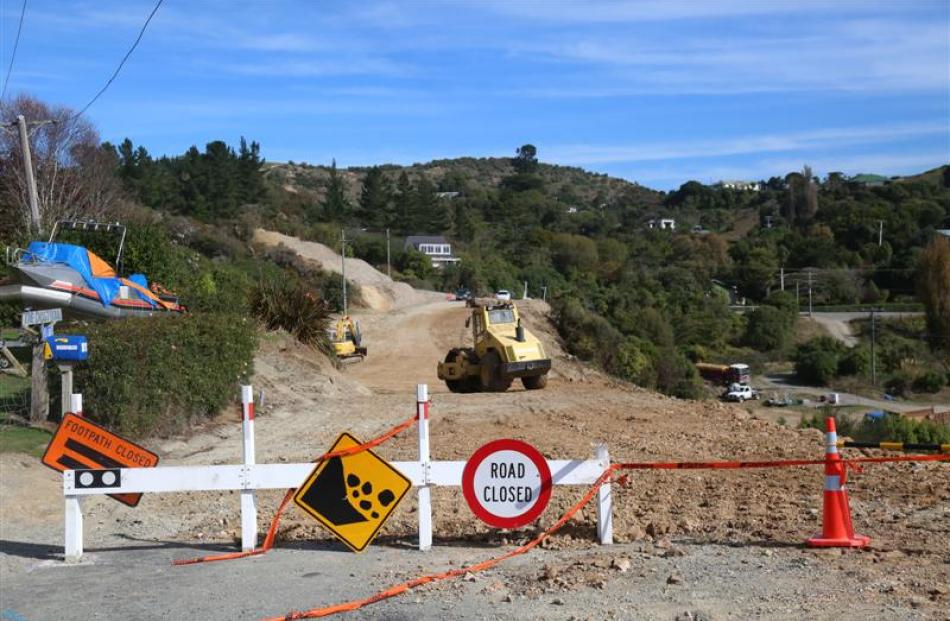 Machinery works on the road in April. Photo by Rebecca Ryan. 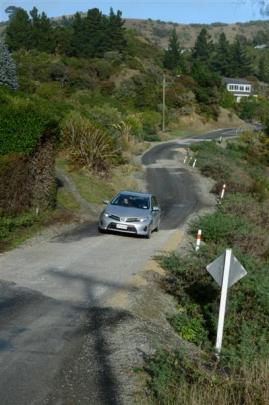 A car negotiates Haven St after it was reduced to a single lane in May 2013. Photo by Gerard O'Brien. 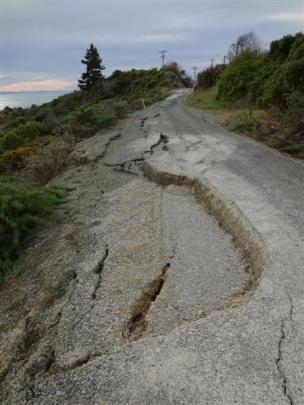 Damage to the road in August 2013. Photo by Bill Campbell. 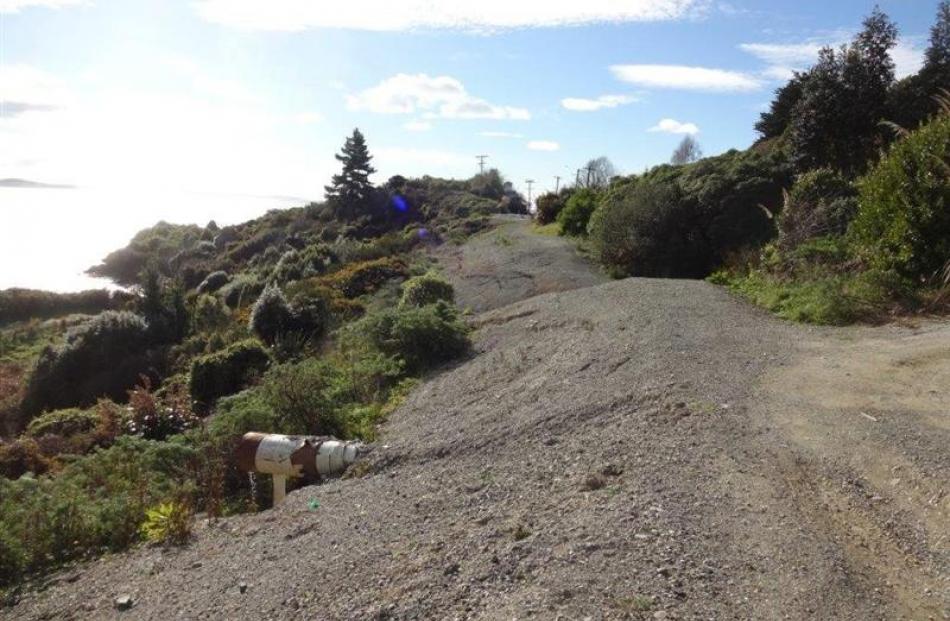 The road in July last year. Photo by Bill Campbell. 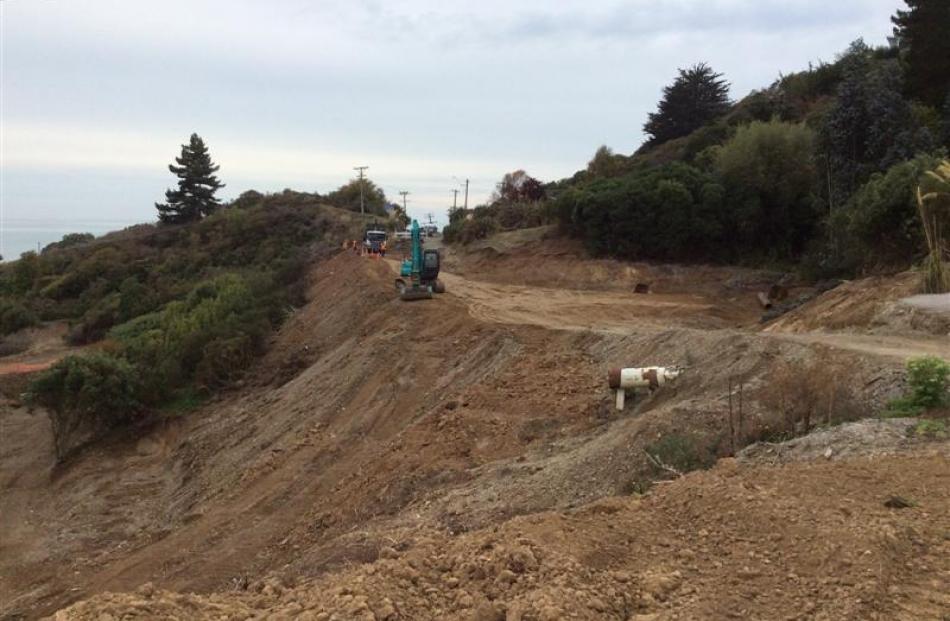 The road starts to take shape in April. Photo by Jane Carlyon. 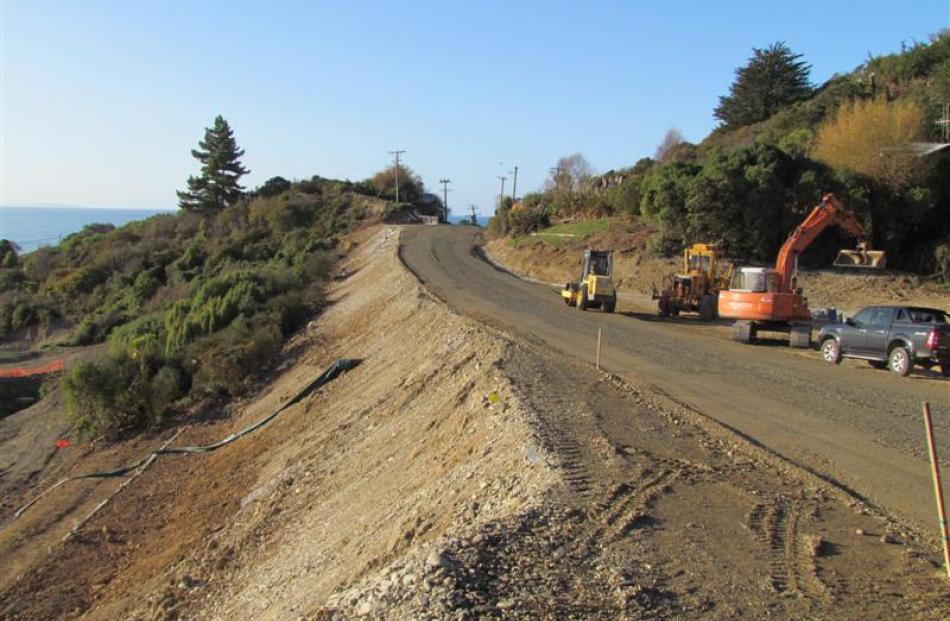 The final top coat of metal goes on and is compacted this week. Photo by David Bruce.

A community project - probably unique in New Zealand - has been undertaken to rebuild the road into Moeraki. David Bruce looks at how it was done.

Moeraki has built itself a road.

It's not a fancy highway and initially will not even be sealed, but to the community it is as vital as any Auckland expressway.

The tiny North Otago community has financed and contributed more than 3000 hours of voluntary labour, using donated machinery and material, the rebuilding of a stretch of Haven St, the main entrance into Moeraki, over the past three months.

The 400m, two lane stretch was closed by the Waitaki District Council in August 2013, because of a landslip. Traffic was sent on a lengthy detour around Tenby St.

Because landslips had been a problem since the town was first settled, and would be in the future, the council could not get a subsidy from the New Zealand Transport Authority to reinstate the street, so it decided it would stay closed.

''No,'' said the community, which noticed a drop-off in visitors and trade, judged the detour was unsafe and saw people getting lost or turning back and leaving.

If the council is not going to do the job, we will, was their answer.

Last December, at a council meeting in the Moeraki marae, about 70 people delivered the message that they wanted the road open.

After the meeting, long-time Moeraki landowner Bill Pile took councillors to the closed road, then nothing more than a slumped, rough, overgrown walking track, and told them the community could help fund the project, provide machinery, materials and volunteers to do the work.

The council agreed to throw in $50,000 on a number of conditions, including finding a project manager with the right qualifications.

He was joined by Mr Pile, David and Karen Ellis, James Matheson and Laurence McGuire, with donations, machinery and expertise.

With them on board, Mr Wheeler began investigating in February, whether it was feasible to rebuild the road.

That included opening up drainage at the bottom of the bank on the coast side of the road and finding out about the landslip.

From there, things snowballed and there were donations and pledges of money from residents, holiday-home owners and people not even living in the area, offers of free use of machinery, donations or below-cost supply of materials, volunteers to do the work and free help relocating services such as electricity cables.

There was even a roster of about eight local women who supplied smoko and lunches.

''The big shakers and makers have been the locals,'' Mr Matheson said.

Up to 20 people at various times joined those who have spent most of the days, including some of the weekend, it has taken to complete the job.

''It's a million-dollar job done in about 70 days,'' Mr Pile said, not referring so much to the actual cost, but the standard of the work.

Once the project is finished, Mr Wheeler plans to add it all up, including calculating the cost of the volunteers' hours, donated machinery and materials.

What did the work entail? After the initial investigation, work started on excavating the road, ensuring drainage removed excess water and stabilising the area.

On the coast side below the road, former drainage was cleaned out and opened up and a new 600mm piped drain put in to carry water away.

On the top side, a drain was built to take stormwater from Tenby St and surrounding properties into a 600mm culvert under the road which drops water safely, without erosion, into the drain below. Drainage has been one of the causes of Moeraki landslip.

The new bank will be planted out and a retaining wall at the foot has been made from concrete power poles, held in place by 170mm pipes filled with railway iron and concrete buried in drill holes.

A new road foundation was shaped and hundreds of cubic metres of rock, some as big as two tonnes, placed and compacted as a foundation to build it up.

River run gravel was placed and compacted on top, along with finishing metal.

As part of stabilisation, 72 holes, 170mm in diameter and up to 80m deep were drilled along the road. Steel pipes were rammed into the holes, railway iron put inside then concrete poured in, which also was allowed to escape into the surrounding rock and metal.

Along the edge of the road, that has created a stabilising curtain.

The road will remain shingle while it stabilises and compacts, but it is hoped it will be sealed eventually.

At the western approach, a steep bank has been shelved and shaped for planting to make it more stable.

The council has also agreed to spend another $60,000 on the two approaches to the new section of road.

Waihemo Community Board member for the area Jane Carlyon stood at the last election determined to get the street reopened. It has been a long battle, but success has been achieved with the backing of the community and all the people who have helped.

''They should be very proud of their success. The council is very, very fortunate to have had this done for it,'' she said.

Moeraki has a long history of land slippage.