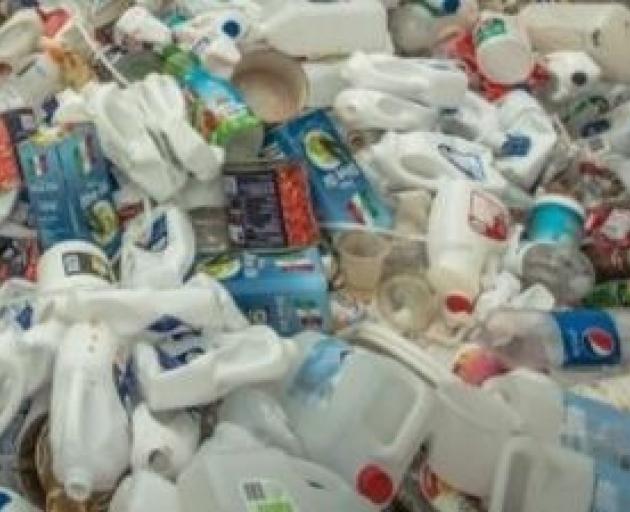 "We have to, A, be around to provide a service for our community and, B, provide job security for our staff," he said.

"When I was brought on, dare I say it, one achievement was pushing plastics from next to nothing to being one of the most successful operators in the country.

"And that success came back and bit us on the bum, big time."

After the collapse of global recycling markets, the trust recently took urgent financial assistance from the Waitaki District Council - a $40,000 lump sum payment in April and $85,000 in one-off grants in December - to cover the loss of income due to the loss of markets for plastics, and for a baler to deal with the increased volume in material being received at the resource recovery park.

"We know that recycling is an important issue for the Waitaki community and up to now we've had really good recycling rates as a district, so we want to keep that momentum going," Mr Clare said.

There would be an amnesty period as people adjusted to the new rules for recyclables at the park.

A condition for future payments of its $242,000 annual grant from the council was to update it regularly on its financial situation after its current operational review was complete.

Mr Clare said the trust would present a detailed plan to the council in July.

But the resource recovery park was spending $4500 a week on wages to sort plastic that no longer had a return.

Due to the nature of employment at the resource recovery park any loss in job numbers would likely be due to "natural attrition".

The resource recovery park would continue to accept type 1 clear plastic bottles and all other type 2 plastics for recycling - the vast majority of the plastic it received - along with glass, cardboards, papers, steel and aluminium.