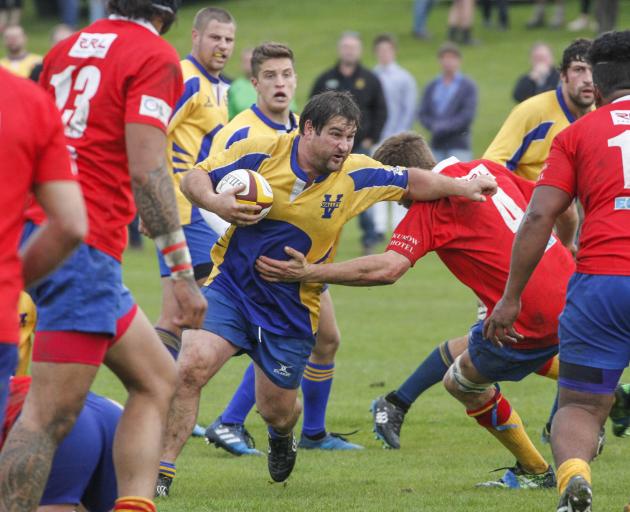 Cameron Schultz (34) has been confirmed by Valley Rugby Club president Tim Petrie as the person who died in the accident near Tapui.

Family members of Mr Schultz could not to be contacted by the Otago Daily Times yesterday.

Mr Petrie, who was shocked and saddened after being informed of the death early yesterday, said Mr Schultz was a stalwart of the Valley club and a highly respected club identity.

"He was great for the club. He played over 100 games for Valley. Last year he played second-five for the president’s grade team, but he had propped all of his life. He was a very talented player."

A combative hooker, Mr Schultz played 10 first-class games for North Otago, and was a member of Meads Cup-winning squads in 2007 and 2010.

He also coached Valley at junior level, a role he embraced.

"He was brilliant," Mr Petrie said.

"He got down to their level on his hands and knees and just played with them, and had fun.

"He was just easy going and would do anything ... we’d always have a good yarn on the phone. He was always so polite and always had a smile. Nothing was a problem, if you know what I mean. It’s devastating for the family."

The club would offer to support his family in any way possible, he said.

"We’ll just let today [Thursday] go ... the clubrooms are obviously there if they want them. But, we’ll do anything for them."

Police, who were called to the scene about 7.30pm, said shortly after the accident a helicopter had been called to a crash on Crown Hill Rd between Victoria Hill Rd and Tokarahi-Tapui Rd, but later confirmed the incident was a workplace accident.

Sergeant Blair Wilkinson, of Oamaru, said police were liaising with WorkSafe and the coroner in relation to the death.