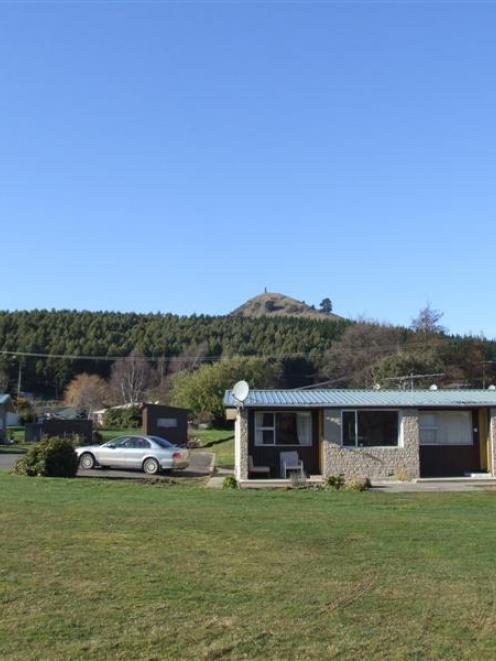 A block of Palmerston pensioner flats. Photo by Bill Campbell.
Palmerston people are upset about a suggestion half of the 22 pensioner housing flats in the town should be sold.

A resident of the pensioner flats said he was "very disappointed" at a possible sale.

This was "our town" and we would expect to be told about the possible sale of pensioners flats, Waihemo Community Board deputy chairman Ken Brown said.

He said the board had been given no information on the proposal. In a report earlier this week to the Waitaki District Council property committee, council property manager Dougall McIntyre said that due to a lack of demand for older persons' housing around Palmerston, the council might want to consider divesting itself of half the units as a going concern.

But full community consultation has now been promised by by the Waitaki District Council before any changes.

Waitaki Mayor Alex Familton yesterday made it clear there was no intention, at this stage, to dispose of any of the Palmerston pensioner flats.

The report to the property committee was "just a report" with no recommendation attached.

And Mr McIntyre told the Otago Daily Times yesterday there would be "full community consultation" before any further moves were made.

He expected to take a report on the flats to the Waihemo Community board next month, or in October. The flats, originally designed for pensioners, had an occupancy rate of 91%, he said.

A pensioner living in one of the flats, who asked not to be named, said he would be "very disappointed" if any flats were sold.

They had been built "about 35 years ago" and were opened "debt-free" thanks to the ability of the Waihemo county clerk of the time, he said.

Barbara Taylor, of the Waihemo service centre, yesterday said there had been six applicants on a waiting list for pensioner housing flats up until the last week or two.

Half of them were pensioners, she said.

About half of the flats are occupied by younger people, such as mine workers aged in their 20s who have moved to the town, but priority was given to pensioners.

Everyone on the waiting list had now been placed in pensioner housing flats as several former occupants had moved out.