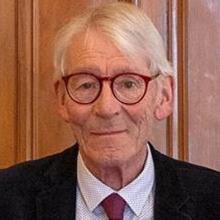 Cr Jim Hopkins
Fears it will lead to the loss of an essential source of community funding and a last-minute attempt by a Waitaki district councillor failed to persuade his colleagues not to slowly reduce the number of gaming machines in the district.

The Waitaki District Council approved a sinking lid policy at a council meeting earlier this week.

Before the vote on proposed change to the gambling and TAB venue policy, Cr Jim Hopkins made ‘‘one final attempt’’ to persuade his colleagues to reconsider.

Under a sinking lid policy, no new licences for gaming machines can be issued, existing licences cannot be transferred to another location if a venue closes, and once a class 4 venue is closed, it cannot be reopened by another operator.

It prevents new gaming machine venues from opening, and would reduce the number of gaming venues and machines in the district over time.

During the submissions process, councillors heard up to $1million a year was made available to community groups in the Waitaki district through proceeds from gaming machines.

Cr Hopkins said while the sinking lid policy would not remove any machines in the district straight away, it put at risk an ‘‘essential source of funding for community groups, clubs, faith-based services, events - all sorts of things’’.

‘‘I would urge us to actually think about community groups who have benefited and continue to benefit, and not put their funding, and future funding, at risk,’’ he said.

‘‘These foundations provide our community with a lot more money than we do and there’s no identified alternative source.’’

Cr Hopkins reminded councillors they had just been discussing the importance of listening to community feedback on the spatial plan, and 58% of submissions to the gambling and TAB venue policy were not in support of the sinking lid policy.

He also raised concerns that removing gaming machines would drive people to internet gambling, which was ‘‘untaxed, unpoliced and potentially more damaging’’.

Cr Melanie Tavendale said what really mattered was the impact problem gambling had on families in Waitaki.

The community, and the country, were still ‘‘very much reliant’’ on the funds of gambling, and that needed to change, Cr Tavendale said. A sinking lid policy would give the council time to put some actions in place.

‘‘At the moment, that money isn’t going away, but we are saying that we need to do things differently and I think to actually aspire to that as a community, and be a healthier, safer community, is a good thing,’’ she said.

For Cr Hana Halalele, it came down to ‘‘principles and ethics’’.

‘‘At the end of the day, we shouldn’t rely on people’s gambling addictions to be able to fund community groups to be able to do what they do,’’ she said.

‘‘I think we can do this small bit just to kind of make a stand against it.’’

Good to see this though :

For Cr Hana Halalele, it came down to ‘‘principles and ethics’’.

‘‘At the end of the day, we shouldn’t rely on people’s gambling addictions to be able to fund community groups to be able to do what they do,’’ she said.