Skype to be used for first time in NZ court 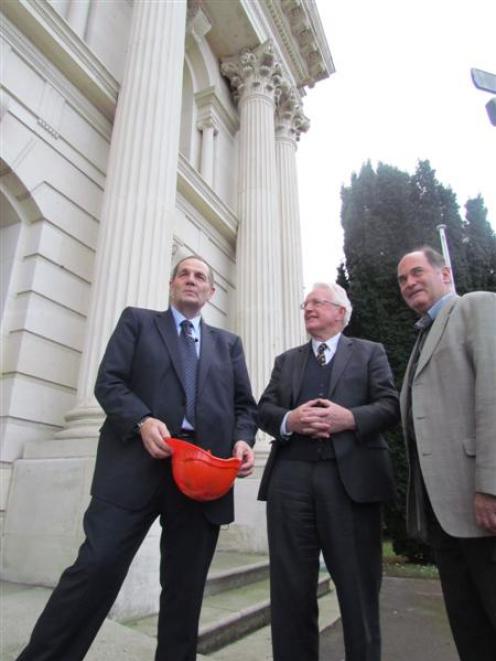 Oamaru has been without a permanent courthouse since November when the building was deemed an earthquake risk, and Mr Borrows said while temporary alternative locations were being sought, audio visual technology would be trialled with a sitting Family Court judge on August 14.

Existing audio visual platforms, such as Skype, were reliable and efficient enough for use in court, he said, adding that the idea also had backing from legal professionals in the town.

Following the trial run, a larger six-month trial, which would take place in Family Court proceedings from Oamaru south, would occur in September, Mr Borrows said.

Last year, 26,000 parents were involved in Family Court hearings, and in rural areas such as North Otago, those involved had to travel large distances. Using technology could take much of the "frustration" and expense out of court appearances, he said.

"We haven't tried this anywhere else in New Zealand.

It may also be possible to "one day"use the technology in criminal hearings, in cases where it was not necessary to view body language of defendants, he said.

However, although Mr Borrows said he agreed with lawyers in the town that the temporary courthouse, inside the Oamaru Opera House, was "unsuitable", he stressed even if the trial was successful, audio visual technology was not being considered as a replacement for a courthouse in Oamaru.

Alternative locations were being scouted in Oamaru.

Despite that, a final decision on whether the existing courthouse would be earthquake strengthened had not been made. Even if the building was not upgraded, it would not necessarily sound the death knell for the justice system in Oamaru, he said.