Students engage with Frame on her home ground 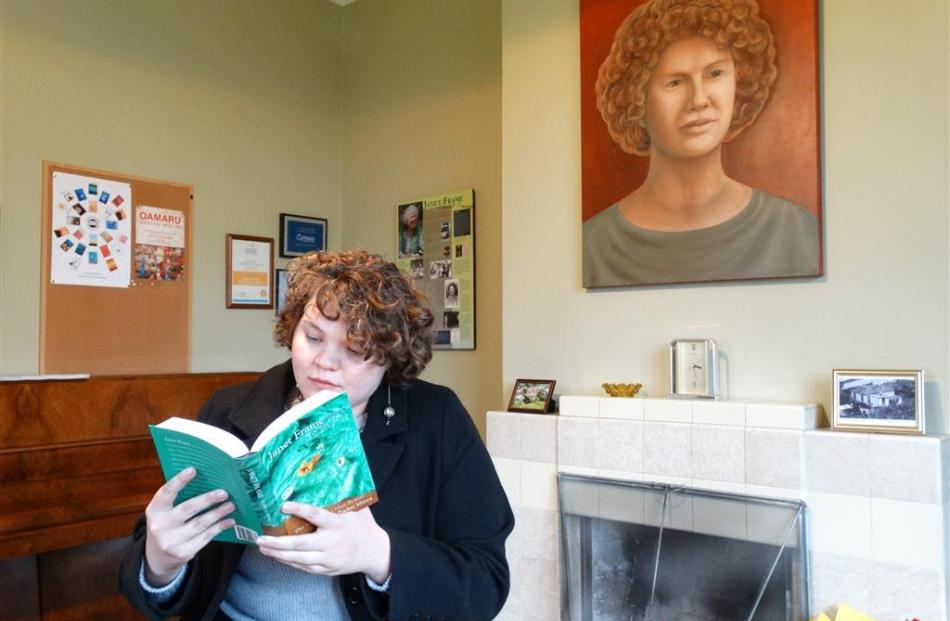 Franklin University Switzerland student Hella Wiedmer-Newman reads Janet Frame’s The Lagoon and Other Stories under a portrait of the author at Janet Frame House in Oamaru. Photo by Daniel Birchfield.

Celebrated New Zealand author Janet Frame's reach extends far beyond the shores of her home country, as a group of students from a Swiss university visiting her former Oamaru home has proved.

On Saturday, six students and two lecturers from Franklin University Switzerland, a private, independent, liberal arts college, were in Oamaru, where they visited Janet Frame House in Eden St and several other prominent Oamaru landmarks, such as St Patrick's Basilica and the Oamaru Opera House.

Frame lived at the house between 1931 and 1943 and several of her works were based on her views from the house and other Oamaru landmarks, such as the clock tower on the now Waitaki District Council building, which was once Oamaru's post office.

The students study literature and environmental studies and the links between them and New Zealand was the focus for part of their studies, in particular Frame's books To the Is-land and Owls Do Cry.

"We are doing an experiential close reading of the spaces and areas she used while writing ... you need to be there to experience it. It's easier to be there and see; it makes the reading easier and you get the image in your mind when you read it.''

Student Hella Wiedmer-Newman said she first became interested in Frame's writings when she saw the Jane Campion-directed film An Angel at My Table, a dramatisation of Frame's autobiographies.

"I love her writing. I was thrilled we were reading her for the class. You can totally imagine her using this landscape, with the location of her house being so close.

"Her stuff is always teetering on the balance of beautiful imagery and the tragic things that happened to her. It seems like she was kind of an outsider and it's kind of incredible she was able to become quite famous in her time as a writer.''

She said it was an amazing experience to be able to learn more about the author in her former home, and described it as an "interesting paratext''. 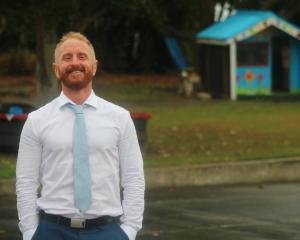 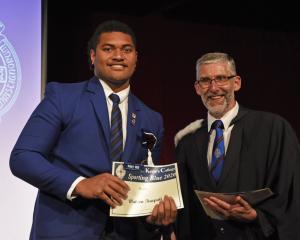