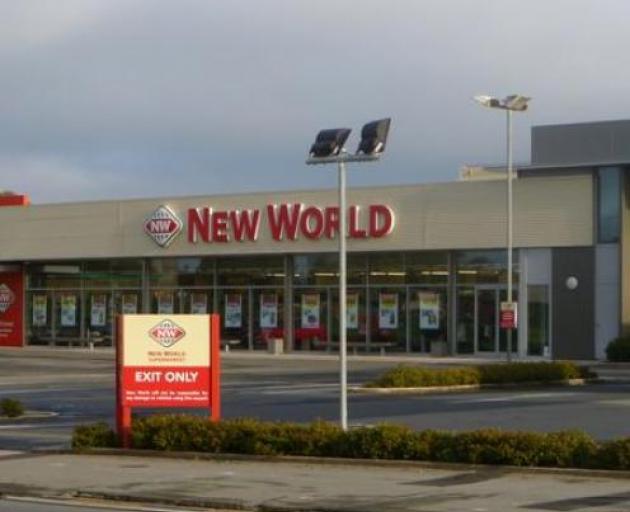 New World Oamaru. Photo: files
The identity of one of five North Otago premises that supplied alcohol to minors as part of a controlled purchase operation last year has been revealed by the Waitaki District Council.

On August 11, Oamaru police, working with the council and Public Health South, carried out the operation at 20 licensed premises to check processes and compliance with the Sale and Supply of Liquor Act 2012.

Five outlets sold alcohol to the volunteers and as a result, were referred to the Alcohol Regulatory Licensing Authority (Arla).

Waitaki District Council environmental services manager Jason Evered confirmed one of the five premises, New World Oamaru in Wansbeck St, had been investigated and its liquor licence was suspended by the authority.

It was unable to sell alcohol from May 7 to May 11 inclusive.

Investigations into the other four premises were ongoing and they could not be named, Mr Evered said.

''We await the outcome from Arla in regards to the other premises and would not want to pre-empt any decision they may make.''

Sergeant Tony Woodbridge, of Oamaru, was dismayed a quarter of the premises checked did not comply with the Act.

''We are pleased to see the majority of premises in our area were vigilant in making sure they checked a customer's ID before selling them any alcohol,'' he said.

''However, it is disappointing for five premises to have failed, as no-one under the legal age of 18 should be able to purchase alcohol.''

Police would continue to carry out the operations and remind premises selling alcohol of their obligations under the Act, which required them to ask people who looked under 25 years old to provide identification.

Sgt Woodbridge said the operations were not conducted to catch premises out.

''We do these operations to ensure our young people are not able to purchase alcohol, which we know causes considerable harm in our communities.''

According to the Act, the penalty for selling or supplying alcohol to a person under 18 is a fine of up to $2000.

The licence can also be suspended for up to seven days.