Time to ‘freshen up' heritage celebrations 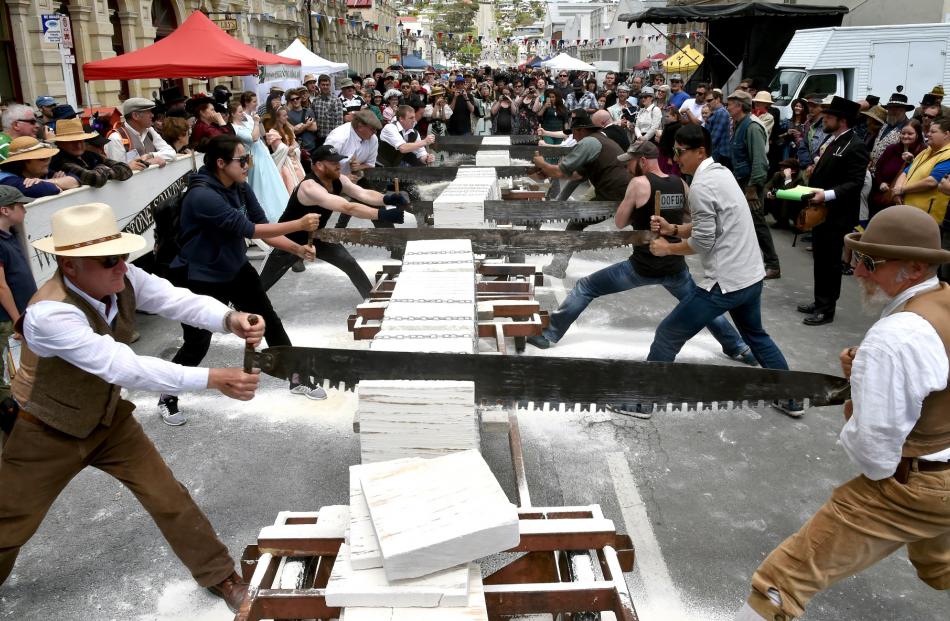 Competitors race to the bottom of a block of Oamaru stone in the stone-sawing event last year. Photo: ODT

Oamaru's Victorian heritage celebrations need a freshen up if they are to continue, the new organising committee chairwoman overseeing them says. 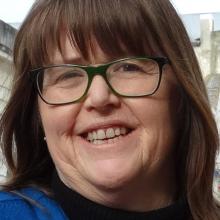 Last week, Diane Lee was installed as chairwoman of the 10-member committee charged with the organisation of this year’s November celebrations.

The committee was formally elected at a special meeting on June 5 after the former committee folded in April, after no nominations were received to fill spaces made vacant through rotation and retirement at the Oamaru Victorian Heritage Celebrations Incorporated Society’s annual meeting.

At the time, the future of the celebrations looked to be under threat.

Mrs Lee, who served on the former committee in 2015 and 2016, was delighted to be voted in and felt she had a lot of offer.

"Lots of new people have joined the committee and there was lots of support shown."

A decision had been made to form a new committee and as there are only two long-term committee members still there, a little bit of experience was still needed.

"I want to see the melding together of the new people ... and the people who have supported this event over two decades."

She said Oamaru was "seen as a Victorian town", but the number of groups and individuals that offered unique Victorian-era attractions had "dwindled" in recent years.

Mrs Lee, who grew up in Kurow and moved to Oamaru at the age of 19, said the celebrations were held to "educate and showcase" Oamaru’s Victorian history and had been run to a tried and true formula  that used a different theme each year.

This year’s theme would be upstairs-downstairs, with a focus on the suffragette movement, given 2018 marks the 125th anniversary of women winning the right to vote in New Zealand.

"This is real history. We have had Alice in Wonderland and medicine in the past, they are kind of concepts, but this focuses on what everyone thinks of as Victorian."

Planning was well under way for some events, but some would be shelved in favour of some "fresh ideas", which included events designed for younger people.

"We do want to freshen it up a little bit, but not change it so much the people that come to it to enjoy it feel like it’s a foreign land.

"It’s about encouraging the new, but respecting the previous celebrations. This thing has got to have a future."

Mrs Lee has had a fascination with Victorian times for years and often helped behind the scenes at previous celebrations.

She said each time the celebrations came around she loved incorporating a Victorian character into her everyday life in way that was more fun than serious.