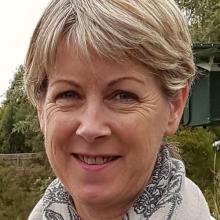 Margaret Munro
Tourism Waitaki’s workforce has been slashed by two-thirds and two information centres will close as the spectre of Covid-19 looms over the embattled tourism industry.

In a statement released yesterday, Tourism Waitaki general manager Margaret Munro confirmed the Waitaki District Council-controlled organisation would cut its staff numbers across its operations from 29 full-time and part-time employees to eight as part of a major restructure.

Only one full-time role, that of science and environmental manager at the Oamaru Blue Penguin Colony, has been retained.

Five casual roles have been created.

The Oamaru i-SITE and Omarama Information Centre will both close permanently and the buildings will be vacated.

That includes Tourism Waitaki’s office above the Oamaru site on the corner of Itchen and lower Thames Sts.

Those who have kept their jobs will now either work from home or be based at the organisation’s flagship blue penguin colony.

Staff were informed of the decision on Monday.

Speaking to the Otago Daily Times yesterday, Mrs Munro said Covid-19 had decimated Waitaki’s tourism industry, and the organisation was left with few options, given it has lost 80% of its revenue.

‘‘We hope we have taken it to a point where we can survive, given the current situation, but also grow back up from that structure again. If we get to Level 1 and more people are able to move around the country and the Australian border opens, if and when it does, we can grow our capacity again.’’

She said Tourism Waitaki would look at using the geopark pop-up shop in lower Thames St to promote its activities, and an Oamaru business, that was open seven days a week and in a central location, was being sought to do the same.

Mrs Munro defended the organisation’s continued focus on the yet-to-be confirmed geopark, which she was confident would turn the tide if and when it was approved.

‘‘The benefit there is the opportunity for the district while Tourism New Zealand is launching into their big domestic campaign. We’re very keen to have the geopark as a point of difference to anything else at this stage in the country.’’

‘‘This is a terrible situation ... sadly some very difficult decisions have had to be made. Our councillors and I have been grateful for the dedication and hard work that the board has put in to ensuring Tourism Waitaki remains a viable business and that they have retained a structure that will continue to promote Waitaki.

“We will continue working closely with them and have instructed our chief executive to look at redeployment options for TWL staff where possible, and we look forward to the time when visitor numbers once again grow to help sustain those jobs again.”