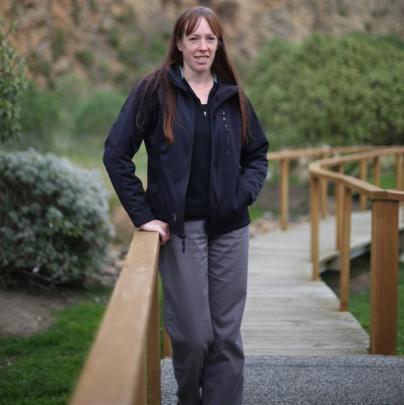 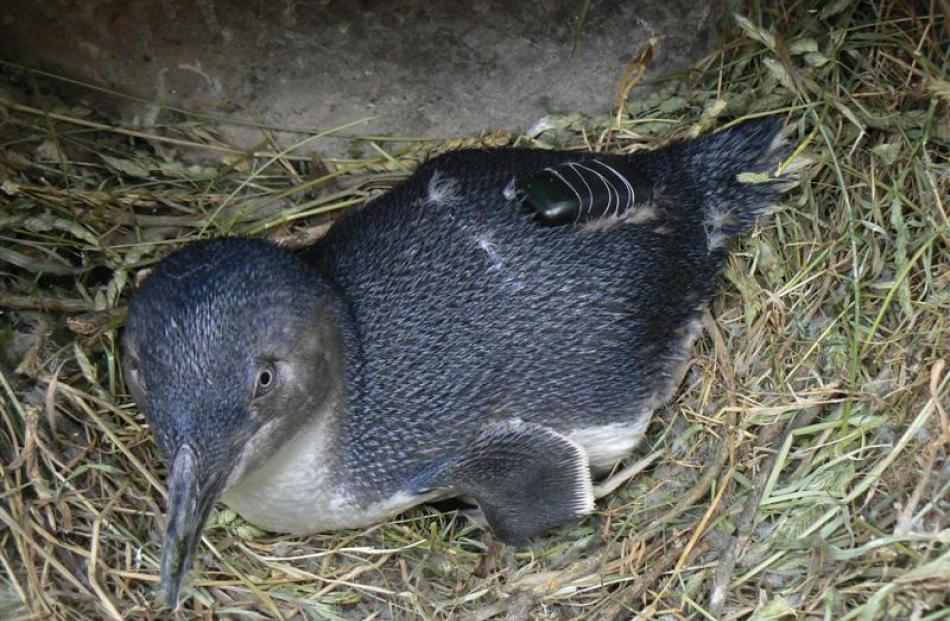 Blue penguin with a tracker.

A three-year study of the foraging behaviour of little blue penguins off the coast of Oamaru using GPS and depth-recording technology is giving the Oamaru Blue Penguin Colony a greater understanding of the small sea bird. Rebecca Ryan talks to scientist Philippa Agnew about her findings.

The research is part of an expanded programme at the Oamaru Blue Penguin Colony and will result in Ms Agnew (right) completing her PhD in marine science.

The project has two sides.

''One was looking at what happens when the birds go out to sea, where they go and all about their diving behaviour,'' she said.

The other, was to analyse data gathered at the Oamaru colony since 1993, specifically looking at breeding and survival patterns.

''Then trying to understand how the environment and what's going on out at sea might be affecting survival,'' she said.

''The whole purpose is to get the science out there into the scientific community, so others can learn from it, and the other side of it is to teach the public. People come through here and want to know heaps about the penguins.''

When those penguins, which were a mixture of males and females, returned to the colony, the GPS and time-depth recorders were retrieved and the data downloaded.

Because blue penguins are small, the units had to be correspondingly small and light, so as not to affect their normal behaviour.

Her goal was to look at different stages through the seasons and see how their behaviour changed.

''That hasn't really been done before on little penguins,'' she said.

When the penguins left the colony for more than one day, GPS tracking devices showed a trend of swimming north. Many spent time around the Waitaki River mouth.

In one day, the furthest travelled by one penguin was about 50km.

Usually, they stay within a 25km radius of the colony.

The penguins' diving behaviour changed with the seasons.

They dive deeper in the winter and shallower in the summer months.

Breeding and survival of the little blue penguin was among the highest of the species, she said.

On average, little blue penguins live for 7 to 8 years but they can live for up to 25 years.

The oldest bird at the Oamaru colony is about 21.

Being able to adjust to the environment and changes easily probably helped their breeding success.

''They just seem to be able to cope with so much in the marine environment and they seem to be quite determined,'' she said.

Their determination showed during the breeding season, which could run from early May to late September.

''If their eggs fail they just continue, lay more eggs and carry on, which is quite rare for seabirds,'' she said.

''A lot of penguins, if they're not successful, that's it for the season.''

Ms Agnew came to the Oamaru Blue Penguin Colony in 2006.

Conservation and science has always been an interest and the research will not stop with her PhD, which is almost complete.

''With that data that we've got from the monitoring and the research there are all sorts of things we can be learning about the penguins and the environment,'' she said.

Ms Agnew would like to focus on the environment and what might be affecting penguins in their now known foraging areas.

The Waitaki River mouth may be an area to target.

''I guess we can look at overlap with the fishing industry and dairy farming,'' she said.

The next stage will be to attach both the GPS and depth tracking devices at the same time, for a more three dimensional image of the penguins' behaviour.

Microchips may be the future for marking birds, instead of flipper bands.

''Some researchers think that the flipper bands slow them down and affect their survival so that's going to be a focus of research for us, if that actually is the case for these birds.''

It has been a ''pretty gruelling'', but rewarding, six years for Ms Agnew.

''They are definitely a captivating species. As we know, people travel the world to come and see them,'' she said.

''They are really neat to watch, I never get tired of watching them come ashore at night.''