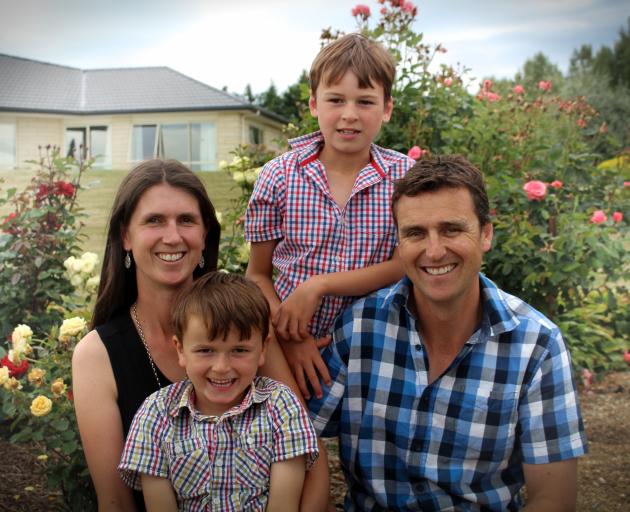 New Omarama School principal Bevan Newlands with wife Bridget and children William (9, back) and Dominic (8). PHOTO: SUPPLIED/BEVAN NEWLANDS
From the classrooms of New Zealand to England, then Kenya and back home, newly-appointed Omarama School principal Bevan Newlands has plenty of experiences to  call on when he starts in terms three.
Daniel Birchfield caught up with him to find out more about his colourful career in education and business.
When Bevan Newlands’ original career path hit some turbulence, he knew he had to reconsider his future.

Years later, he’s confident he made the right decision.

Recently appointed to the principalship at Omarama School in the Waitaki Valley for terms three and four this year with the possibility of an extension, Mr Newlands’ initial plans became something of a pie-in-the-sky situation.

"I always wanted to be a pilot in the air force, but that got thrown into disarray because I had migraines as a young teenager."

His flight dreams scuppered, he had to think of other possible options.

As it turned out, one was staring him in the face while at Waitaki Boys’ High School

"I had been in the classroom helping out as a seventh form leader, going into junior maths classes and helping out. The deputy rector at the time, Dave Mellish, said ‘Bevan, you could be a brilliant teacher. I think you should seriously look at a teaching career’."

While he also considered becoming a paramedic, Mr Newlands, who grew up at Kauru Hill inland from Oamaru and attended the at the time 11-pupil Kauru School, instead took that advice.

"It was the disappointments of not being able to fly to what I am going to do next? My mother was a teacher, so it was a good natural progression."

From Waitaki Boys’ it was straight to teachers college, before landing a job at a prep school attached to boys’ school Nelson College teaching year 7 and 8 pupils between 2002 and 2004.

A desire to travel overseas followed, first to a place many young New Zealanders venture — London.

However, he did not fully enjoy the experience and only stayed for four months, instead opting to see another side of English life.

"I got sick of being in London. I was flatting with Kiwis, playing sport with Kiwis and going out with Kiwis, and I was like ‘this is like being back at uni’. I wanted to experience England."

He wrote letters to several schools in southwest England and landed a job at a 230-pupil prep school in Somerset, as did then partner and now wife, Bridget. They stayed there until mid-2007.

"I got to know rural England, which was really, really fun. I got out of that Kiwi-London lifestyle and out into the country and had a wonderful time."

Keen to gain more overseas experience, his next move could not have been any more different. 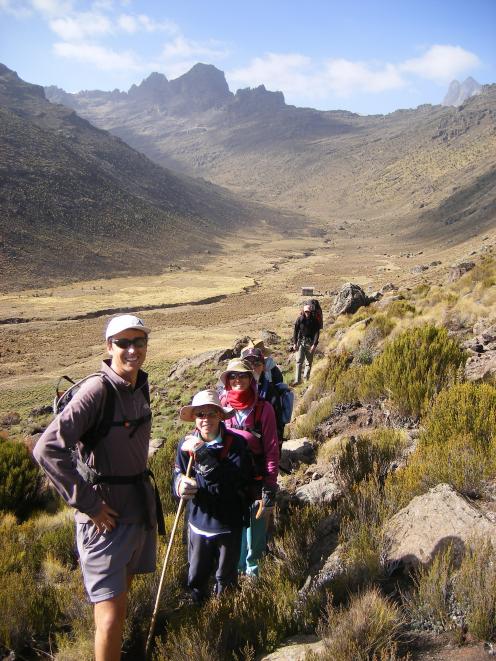 Bevan Newlands leads pupils on a trek up Mt Kenya in 2007 during his time teaching in the East African nation. PHOTO: SUPPLIED/BEVAN NEWLANDS

Mr Newlands went from the rolling pastures of the idyllic English countryside to the harsh environment of East Africa, where he spent two years until mid-2009, working as a director of sport at an English-based prep school about two hours north of Nairobi.

"It was almost the perfect job if it wasn’t so far away from home," he said.

Mr Newlands described the experience as "incredible", despite the challenges.

"It was humbling. We were in a wealthy prep school, so we were teaching wealthy African and white children whose families owned game reserves or lodges, things like that.

"But, right outside our school gates was the poverty of Africa. We spent a lot of time at the local orphanage and I went down and played with the local basketball team. We tried to involve ourselves in community because it was a real juxtaposition — the school and what life was like outside the gate. It was too easy to just live your comfortable life within the school gates and forget about what was going on outside. We always made sure we would go out and spend time at the little local schools to support them."

After being overseas for several years the couple decided to return home.

Mr Newlands quickly found a job at Waihi School north of Timaru, where he was based for five years, including four as master of the school’s boarding house.

It was then they decided to establish an accommodation businesses, Starscape — essentially a building dug down into the ground with glass walls and roof so people can "sleep under the stars"— which led to Mr Newlands leaving teaching to concentrate on the venture full time.

It opened for business four years later in 2017 and "went gangbusters", he said.

They decided to add two more buildings, a project that was going well until three weeks before the scheduled completion date.

"Covid-19 hit. We’d invested a huge amount into building ... and then everything was pulled out from underneath us. We were giving refunds left, right and centre and we were unsure of where this was going to go and where tourism was going."

Then, a phone call from a Omarama School board member brought with it some much-needed good news — an offer to lead the school for the second half of the year.

"In the middle of a lockdown when you’ve just lost all of your income and have a large debt from a new build, the idea of security and a steady income was too hard to turn down.

"Now that things have opened up again we are flat out and really busy. We said if we get busy we’ll just have to employ people, which is great for the local community."

As far as taking the reins goes, Mr Newlands could not wait to get back in the classroom at the school where he has filled-in in the past.

"I’m looking forward to the challenge. I never got to be a principal, so it was always in the back of mind that I wanted to, so this gives me the opportunity to get down there and do it and if I enjoy it, I can carry on afterwards.

"It’s a great wee school. It’s everything a great rural school is about."