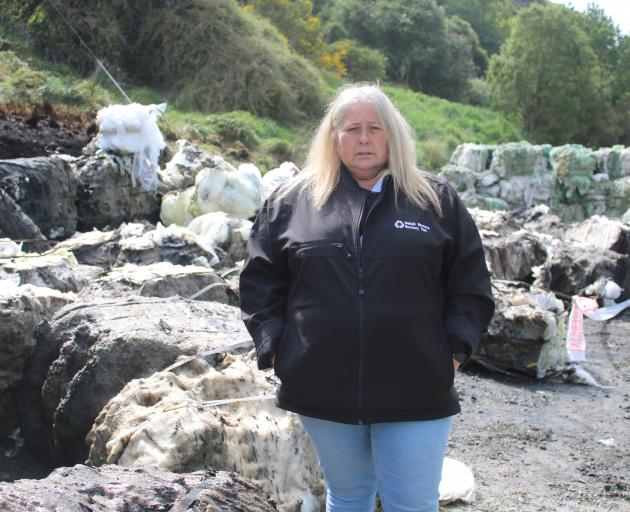 Fire and Emergency New Zealand was called to the incident in Oamaru’s Chelmer St at 5.30pm on Sunday, where 100sqm of recycled material bales were burning in a storage area. Crews from Oamaru and Waitaki Rural Fire Brigades had the fire under control by 8pm and an investigation was carried out yesterday.

A 55-year-old Oamaru man and a 35-year-old Waitaki man were both charged with arson, and would appear in the Oamaru District Court on November 3. A 50-year-old Oamaru man was arrested in relation to the fire, but was yet to be charged, and inquires were continuing into his involvement, Sgt Wilkinson said.

Waitaki Resource Recovery Park operations manager Trish Hurley said more than $60,000 worth of damage had been done, and it was a huge blow for the non-profit organisation.

"Pretty devastated that somebody would do a deliberate act like that just because it was fun for them," Mrs Hurley said.

"We’re a non-profit organisation. We’ve lost up to about $30,000 worth of product that potentially helps us operate."

She was grateful no-one was on site and the Oamaru dog pound was "lucky" to move its animals, without injury.

The community had rallied behind the recovery park and since Sunday, Mrs Hurley had been fielding calls from people offering to help clean up. The support had been "amazing". She spoke highly of the incredible work from fire and police.

"Their support on [Sunday] was fantastic and they did an absolutely amazing job on helping contain what could have potentially been a lot worse."

He said the brigades were faced with a "challenging" fire, and the volunteers did a commendable job.

Sgt Wilkinson slammed the fire as "mindless behaviour" which could have been a large risk had it spread to nearby homes.

"[It] causes not only a lot of damage but there’s also an environmental concern around the toxic smoke. It means all the volunteer fire officers are called away from their holiday weekend with their family or their places of work to deal with something that’s achieving nothing for anybody," Sgt Wilkinson said.

Police have not ruled out the possibility the men were involved in the "suspicious" Glen Warren Reserve fires as well, he said.