Water company grew from ground up 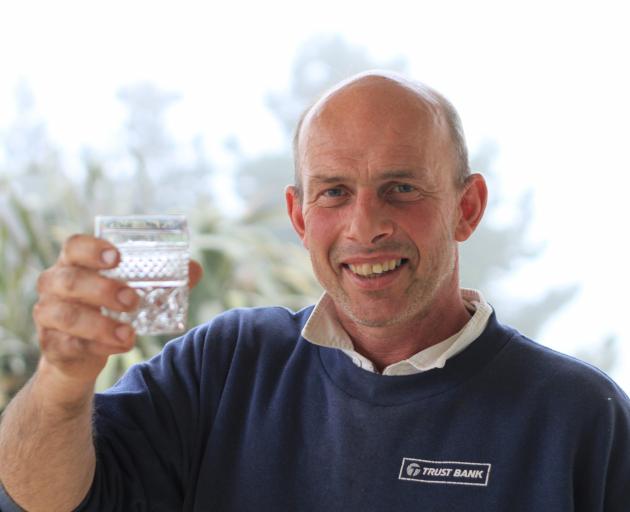 In the 1950s, rural water schemes sprang up in North Otago but the 1989 local government reform, and then progressively stringent legislation aimed to improve  drinking-water standards, started to take the control of water schemes away from the farmers who used them.

This winter, after a three-year trial,  a community-led non-profit company signed a five-year agreement with the Waitaki District Council to manage four rural water schemes from the grass-roots, Hamish MacLean reports.

A "fundamental" philosophical difference separated the way its users wanted to operate and the way council-owned water schemes were expected to work, chairman Bill Malcolm, of Airedale, said. 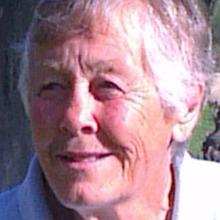 Helen Brookes.
A trial was agreed to in December 2013, and the company — set up to take over the operational management of the Awamoko, Tokarahi, Windsor, and Kauru Hill water supplies — worked to meet "ever increasing compliance requirements" and still believed in the benefit of "consumer-driven decision-making and hands-on operation".

"It’s from the ground up, rather than a few people at the top driving things," Mr Malcolm said.

"They [the council] see a large-scale contractor as the way to go, and we see caretakers."

The local knowledge of where pipes were in the ground meant less mucking around when a fix was required and the company’s two employees and one contractor kept costs down, he said.

The company’s four rural schemes cover an area of about 50,000ha, serve about 1150 people and, by a conservative estimate, about 75% of the water is used for stock. 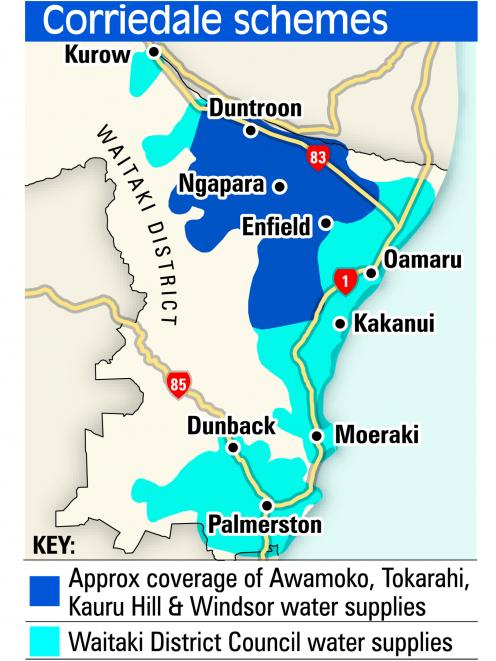 The Windsor scheme was the first in New Zealand under the plan  and it started delivering water in 1956.

Kauru Hill came on board in 1959, and Tokarahi began delivering water in 1960.

Dr Helen Brookes, a long-time director of the Awamoko scheme and former Corriedale Water chairwoman, said when Awamoko started in 1982 it was the last scheme in New Zealand to be developed under the plan. And as all four water schemes were built with government subsidies, all four were put into council ownership.

Under the Local Government Act 2002 the council could not transfer the ownership of the scheme unless there were 200 or fewer people in the area using the service.

The company took pride in the "unique" relationship it had forged with the council, and "really believed we could do a better job", but Corriedale Water had to meet national drinking-water standards — which were expected to be toughened further because of the fallout after three people died and 5500 people became ill in Havelock North about a year ago after drinking water contaminated with campylobacter.

The council set out "really tough" requirements for Corriedale Water during the trial while she was its chairwoman, and under this year’s memorandum of understanding, signed on July 1, it still required the company to: bring the schemes into compliance with the Health Amendment Act 2007 by July 1, including receiving certification for the schemes’ chlorination systems; get approved water safety plans by December 31, which include plans for upgrades to meet the drinking-water standards for New Zealand; and make those upgrades as required before the end of the five-year term.

"And that’s a huge benefit, it really is."

Waitaki Mayor Gary Kircher said the council was "not taking a risk, it’s having faith".

"We’re dealing with people who have had a lot of involvement with water committees in the past ... and this is about the community having some control in its own activity.

"The buck stops with us, and there is a difference between how water schemes were run and how they have to be now ... yeah, we’ve had a high bar that they’ve needed to get over,  but we are very confident that they are able and will deliver."