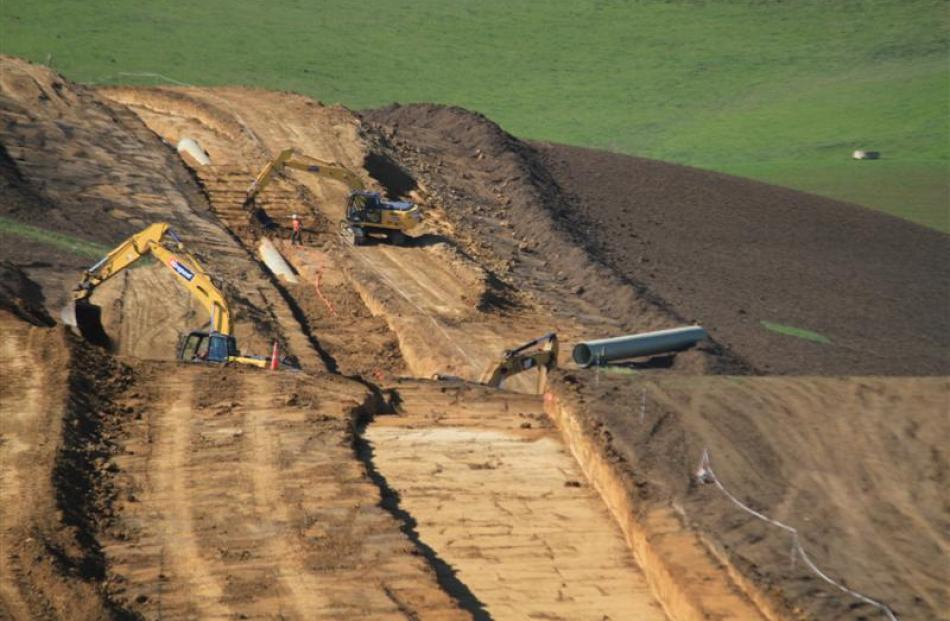 The North Otago Irrigation Company's $57 million expansion down the Kakanui Valley is well under way.

The company almost tripled the size of the head pond on Ngapara-Georgetown Rd and upgraded pump stations over the winter.

The project was still on target for the September 2016 hook-up, company chairman Leigh Hamilton said.

''I guess it's the culmination of nearly 10 years of getting that lined up to work. It takes a while to get all that together.

The 8000-share, or up to 10,000ha, expansion meant that between the two schemes the company would be irrigating almost 25,000ha by next year, the irrigation company's chief executive Robyn Wells said.

''It is large-scale irrigation,'' she said.

''But I think the big thing about it is that it is all piped and pressurised.''

''In terms of scale of those pumps, the size of them and the water they're pushing - all of that - it's pretty big.''

The Waitaki District Council granted the irrigation company a $17million loan to help fund the expansion.

Stage 2 is also being funded by farmers and a loan from ASB bank, which has been involved with the company from the start.