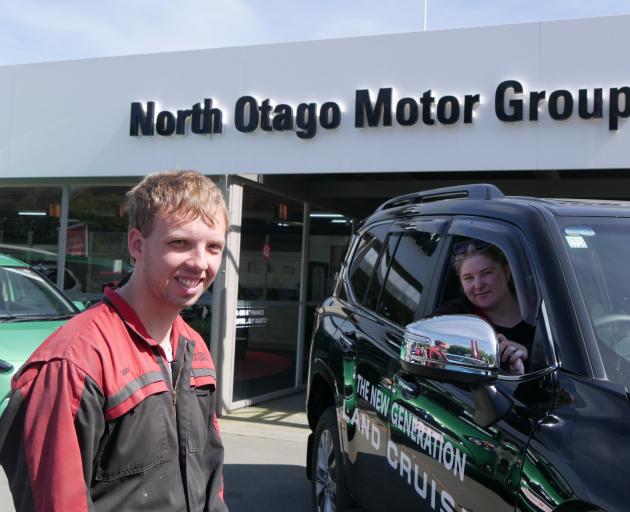 In July, the taskforce was granted $500,000 worth of government funding to help people between the ages of 16 and 24 get started in the workforce.

Half of this funding was to be used over six months to help 26 young people find employment, but the taskforce exceeded its target within three months by connecting 30 with employers, and under budget.

Of the 30 youth employed, 19 were in full-time work, seven in apprenticeships and four in part-time positions.

Waitaki Mayor Gary Kircher said the programme was a great investment into the future of young people, especially those who otherwise struggled to find work.

The taskforce helped those young people become contributing members of the community, which was especially important at a time when employers were needing job-ready staff, Mr Kircher said.

Taskforce member Eugen Dupu attributed the success of the initiative to the collaboration between employers, prospective employees and the taskforce, and the supportive nature of the programme.

"We are the bridge between the [employee and employer]," Mr Dupu said.

Though the initiative was not simply about filling gaps in the labour market — it was about matching prospective employees with the right employers, he said.

One example was 21-year-old Dion Voyce, who started working as a car groomer at the North Otago Motor Group in July.

Before that, Mr Voyce was looking for work and volunteering at Oamaru Steam and Rail.

Mr Voyce was the first person the motor group had hired through the initiative, and service manager Kauri Whyte said the company would happily do it again.

Mr Dupu said some businesses were reluctant at first, but due to the success of the initiative so far, employers had reached out to the taskforce to express interest.

Taskforce project manager Helen Algar said there was still six months of funding left and in that time the team would look at opportunities to continue the initiative and connect 25 more young people with employers.

Mr Kircher had also requested more funding to continue the programme beyond the allotted year.

"Based on the numbers we are doing at the moment — we don’t want it to stop," he said.