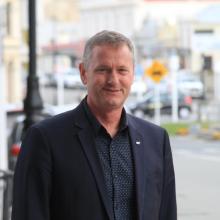 Gary Kircher
Waitaki District Health Services is yet to file its annual report for the 2018-19 financial year with the Waitaki District Council, after the Office of the Auditor-general became involved in the process.

The council-controlled company’s annual report for 2017-18 its most recent one available to be viewed publicly.

The 2018-19 report was not tabled or discussed by councillors alongside other council-controlled organisations’ annual reports, such as Whitestone Contracting Ltd, at a September council meeting.

Waitaki District Health Services chairman Paul Allison could not be reached for comment.

Finalising the reporting was delayed ‘‘when the Office of the Auditor-general determined that the Observatory Retirement Village Trust and its two companies were a (council) controlled entity’’, he said.

‘‘We did a lot of work to make sure they were not classed as a council-controlled organisation, but under the financial standards the Auditor-general has determined they were a controlled entity, so their accounts needed to be consolidated into the hospital ones, and ultimately into the council ones.’’

The review meant a long delay to be worked through by the council that, for now, was forced to comply with the office’s determination.

Questions had been raised by members of the public as to why the company was yet to produce an annual report; Mr Kircher assured the public the report would be forthcoming.

The company is under pressure to balance its books after it posted an operational deficit of $688,655 in the year to June 30, 2018 compared with $558,095 in the corresponding year.

Then-board chairman Chris Swann said at the time the company had targeted a ‘‘break-even’’ financial position by the end of the 2018-19 financial year; Mr Kircher said that would not happen, thanks largely to the company’s ongoing operational restructure.

‘‘... there were compromises made in the restructure. Whilst it was intended to put the company in a break-even position, the changes that were made in response to staff submissions means it wasn’t going to meet that goal.’’