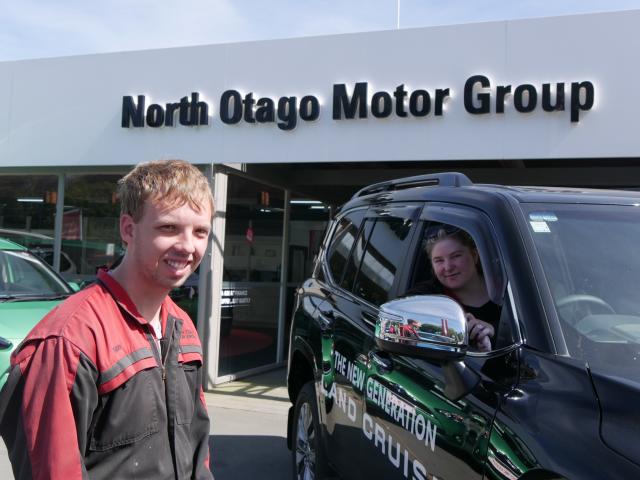 Downer has retained the Waitaki District Council parks maintenance contract it won four years ago, but faces pressure to perform after falling short of expectations at times during its first tenure.

A life-threatening brain haemorrhage in early January has forced Waitaki District councillor Sharyn Price to step down, after trying to fill the role since March as she recovers.

A new bond is being negotiated to keep a film set at the Falstone reserve on the shore of Lake Benmore, originally built in 2008 for a proposed film about the life of Jesus Christ.
The Waitaki District will get a new cellphone tower and upgrades to three sites in the next year, to improve mobile coverage and enable many rural residents to access wireless broadband.
A new strategy being implemented by the Waitaki District Council is aimed at keeping up with the increasing expectations of customers seeking information and services.
A joint stand by 13 South Island local authorities opposing aspects of earthquake-prone buildings legislation being introduced by the Government is making waves in the North Island, including at Cabinet level.
For the first time, a gifts policy will dictate how Waitaki's mayor and councillors should receive or make gifts.

Welfare centres were set up last night in four North Otago towns along State Highway 1 to provide accommodation and food for motorists trapped by floodwaters.
The North Otago Irrigation Company has paid back more of the $10 million loan from the Waitaki District Council and is planning major expansion of the scheme to fund the rest. The expansion will be the biggest since the scheme was built and opened in October, 2006, at a cost of about $65 million.
Psychoactive substances are not wanted in Oamaru or the wider Waitaki district, Waitaki Mayor Gary Kircher said this week.

While most people take the chance to get away from it all by taking a camping trip over the new year, a Hakataramea engineer will have the sole responsibility for keeping three of New Zealand's largest hydro-electric power stations ticking over.
Initiatives are being undertaken by the Waitaki Resource Recovery Trust to recoup a small loss in the first three months of this financial year, caused by lower returns on recycled materials.
The township of Macraes Flat could undergo another name change, back to what it was in the 1880s - Macraes. Since then, the township has been officially gazetted at various times as being either Macraes or Macraes Flat, Macraes Flat being the present official name.

The Waitaki District Council headquarters in Oamaru is one of just two council-owned buildings known to be potentially earthquake-prone, according to the preliminary results of a seismic rating survey.