Prime Minister Jacinda Ardern has outlined how the Government might decide whether some regions will stay in lockdown longer as the South continues to have the most cases.

When asked about the areas with the most number of cases - the Southern District Health Board (177), the Auckland metro area and Waikato DHB area (147) - she said the Government would carefully assess whether some regions would leave alert level 4 earlier than others.

"You will have heard both the Director General [of Health Dr Ashley Bloomfield] and myself talk frequently about the importance of getting regionalised data, because we may end up in a position down the track where we have some regions that are dealing with outbreaks, but other parts of the country that aren't

"We need the flexibility to be able to move New Zealand into different levels, if that's the best way for us to cope."

However, Ms Ardern said more evidence was needed for regions with comparatively lower rates of Covid-19 before any decisions were made to lower alert levels.

"The outcome we are looking for is more data in the parts of the country where we may have had fewer cases so not so much testing."

"Because we need to make sure that we have something that is statistically robust for us to make decisions ... for the movement between level 4 and other levels."

Dr Ashley Bloomfield said earlier today the South had among the most number of cases where the cause of transmission remained undetermined and Ministry of Health staff were helping SDHB staff find out whether these were spread by community transmission.

Currently across New Zealand 2% of cases are being attributed to community transmission, while the source of transmission is still being investigated for 17% of cases.

The areas where there were the most number of cases still being investigated were in the Southern and Waikato DHB areas and the Auckland metro region, Dr Bloomfield said.

"We are going to be working with them over the next day or two, to look at each of those cases under investigation to determine if they can, or should be classified as community transmission."

With 17 new cases, the SDHB area had the most new cases, followed by Waitemata, which had ten new cases. 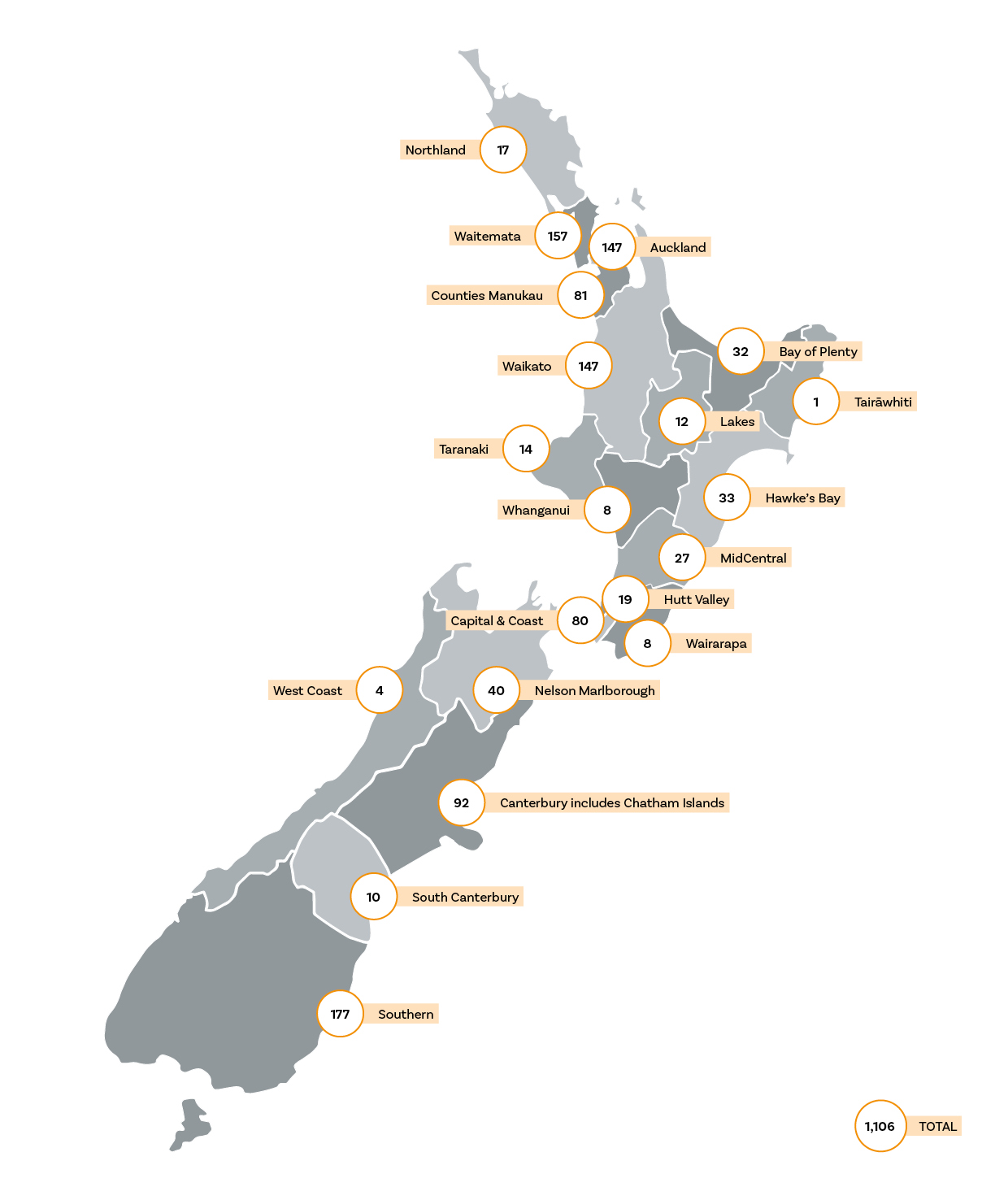 The cases in the SDHB area are made up of 163 confirmed cases and 14 probable cases.