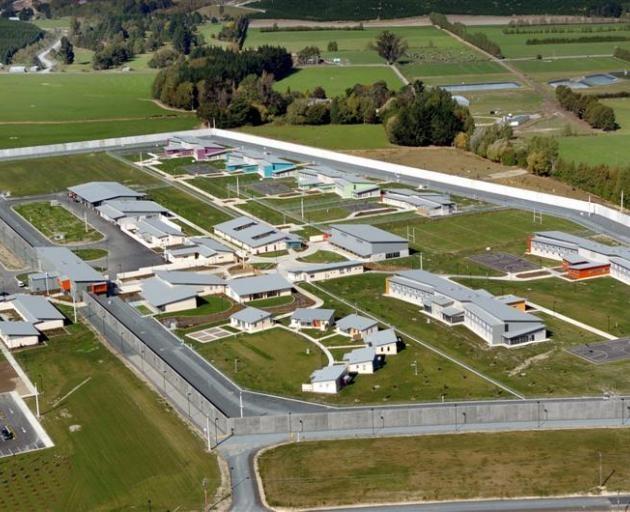 The Otago Corrections Facility near Milton. Photo ODT Files
The latest figures for prison contraband and drug testing have revealed a mixed picture in the South.

Department of Corrections statistics released to the Otago Daily Times under the Official Information Act this week show Invercargill Prison recorded a 28.4% increase in overall contraband seizures during 2017-18, compared with the previous year.

The Otago Corrections Facility (OCF) in Milburn showed a decline of 5.6%.

Positive drug tests for both institutions were up year-on-year for 2018, although the increases were small.

Positive tests at Invercargill have been above the latest national average of 3.6% for three of the past five years, but only once for OCF (5.3% in 2015-16).

The increase in positive drug tests was mirrored in drug contraband seizures in Invercargill, but not at Otago.

Corrections acting national commissioner Ben Clark said due to the differing populations, layout and prisoner profiles of the two institutions, it was difficult to draw direct comparisons between them.

"Both prisons hold primarily lower security prisoners, but some prisoners will always go to extreme lengths to introduce contraband. Corrections carries out a significant amount of work to prevent this, and continues to innovate and adapt to ensure new methods of introduction are also prevented."

Although synthetic drugs were starting to appear among contraband, they remained a low-level issue.

"While there's no evidence of synthetic drugs being widespread in prisons, we remain vigilant to this harmful substance and are taking proactive steps to prevent it becoming an issue. We're the first agency in New Zealand to train our detector dogs to detect new psychoactive substances, including synthetic cannabis, and now have five detector teams in place."

The relatively low rates of positive drug tests could be attributed to the department's success in stopping the flow of contraband into prisons, Mr Clark said.

"Over the past decade, we've had a high success rate in detecting contraband. During the same period, the rates of positive drug tests have also fallen, from 6.8% nationally, to just 3.6% of more than 4700 random tests during the last recorded year. We have a duty of care to prisoners, and are well aware of the significant risks posed by drugs to the health and safety of prisoners, staff and visitors."