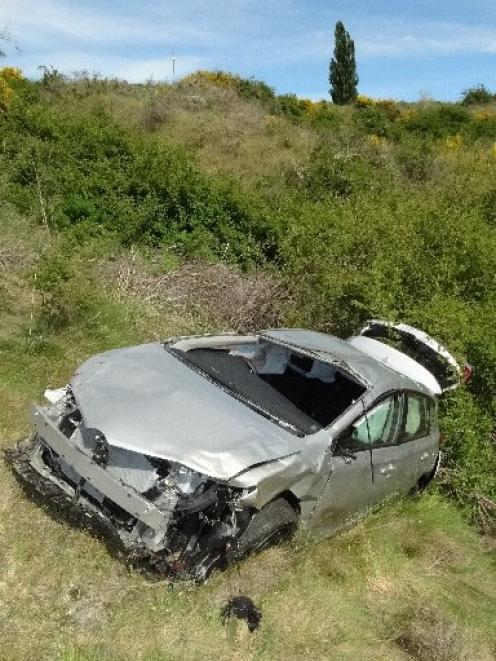 Sergeant Keith Newell, of Queenstown, said the 32-year-old's rental car plunged about 40m down a steep bank after leaving the road about midnight.

The man flagged down a passing vehicle about 5.30am. After being taken to Lakes District Hospital by ambulance, he was airlifted to Dunedin Hospital in a stable condition.

Sgt Newell said the cause of the crash was unknown as the man's injuries were so severe he was unable to speak. Police estimated the time of the crash after hearing from a third party.

''He was expected somewhere but didn't show up,'' Sgt Newell said.