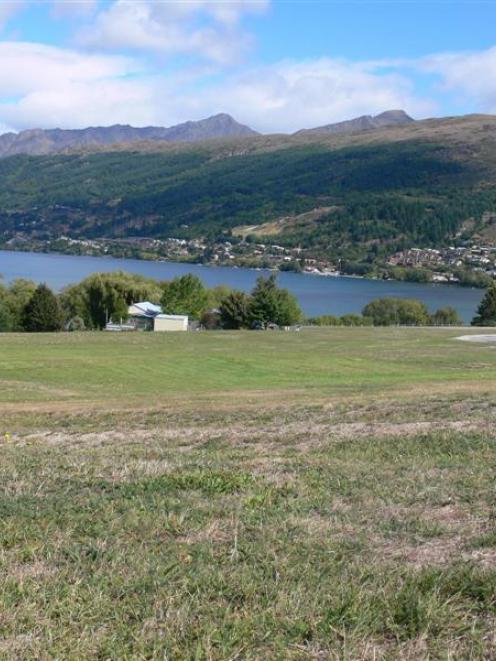 Cr Mel Gazzard told yesterday's utilities committee meeting in Queenstown the small parcel of land chosen by the ministry - a lakefront area surrounded by council-owned reserves - meant the school was destined to be "sub-standard" before it was even built.

He worried the site's cramped size meant it would not be long before the ministry was looking to the council for use of the surrounding reserves for school activities or additional buildings.

Similar problems had been experienced at Arrowtown Primary School, where a shortage of space had created problems when additional classrooms were needed, he said.

"If the ministry goes ahead and builds the school, before it's finished the ministry is going to be asking for the use of council land.

"The site's totally inadequate," he said.

His concerns follow an admission by the ministry last month that Queenstown would need a second new school in a decade, after original plans were scaled back to fit the smaller Lake Ave site.

Ministry staff had rejected the site as too small in 2004, but changed their minds after alternative locations in Joe O'Connor Pl and Grant Rd were ruled out because of noise concerns relating to nearby Queenstown airport.

The school's roll was expected to be 450, smaller than the 750 that could have been accommodated at the Grant Rd site.

Councillors attending yesterday's committee meeting were asked to authorise a submission to the council's 2008-09 annual plan, seeking a $30,000 funding package to contribute to the ministry's transport planning for the school site.

However, Cr Lex Perkins also refused to support the recommendation, saying he did not want to be seen as endorsing the ministry's choice of school site by voting in favour of the transport funding submission.

"I'm totally against it, so I'm not agreeing to that," he told councillors.

QLDC transportation planning manager Denis Mander, presenting the report, said the school site "does raise a number of issues", but he believed they were beyond the scope of the committee and needed full council attention.

Councillors eventually decided to leave the funding "on the table" until QLDC chief executive Duncan Field could report back on implications for the council in the school's chosen site.

The funding submission would be considered once the report had been presented.