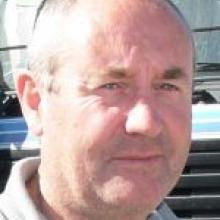 Steve Rout
A Queenstown contractor employed on the construction of Dunedin's Forsyth Barr Stadium has had his flagship company placed in receivership, saying the building industry is in "a hell of a state".

Frankton-based Steve Rout Contracting went into receivership on Tuesday and Mr Rout - who set up the earthworks business in 1981 with his brother - said various factors were at play in the company's downfall.

"We're not alone here at all - the whole industry is in a hell of a state, times are tough and margins are tight," Mr Rout said yesterday.

Of 40 workers affected by the receivership, all had been offered jobs with his other companies and the bulk of those - about 35 - had agreed to continue working for a one-to-three-month interim term while Mr Rout gauges the market.

He said work undertaken by Steve Rout Contracting on the Forsyth Barr Stadium would continue with his Blue 9 company, where many of the workers affected by the receivership had been redeployed.

Employees were back at work within an hour of the announcement and were paid holiday pay and wages in arrears, he said.

During the global credit crunch in 2008-09, the company took a "big hit", first losing nine clients and writing off $750,000 in debt, then six months later losing more clients and dumping another $250,000 in debt - "that equalled what we'd written off in 30 years of business. We've had a fair knock around," Mr Rout said.

Adding to the problem was the loss of "the biggest contract in our career" - Gibbston developer David Henderson's failed Five Mile development, which the company was due to begin work on before the $2 billion project was abandoned in July 2008.

However, Mr Rout was confident his other businesses and assets - including a Queenstown hardfill firm and a Wanaka concrete company - could buoy him through the downturn.

Building Industry Federation chief executive Bruce Kohn said it was "fair to say the industry was at a low ebb - builders and contractors have been hit by the economic meltdown, particularly in the new development field".

"This has put a huge strain on medium-sized businesses like Mr Rout's who still face a difficult situation through uncertainty about new projects."

Mr Kohn said contractors would have to settle in for a "long, cold, hard winter" before the Christchurch building recovery and national weather-tight programmes began next year.

"The huge problem for medium-scale businesses is being able to hold on until better times arrive," he said.