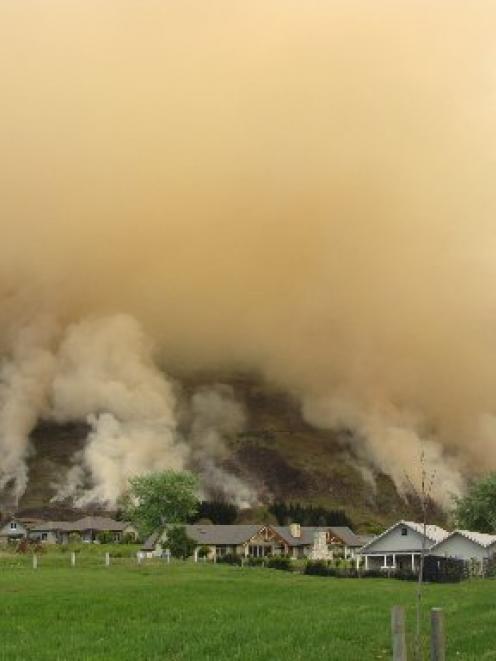 The property is owned by TradeMe founder Sam Morgan and managed by Mike Scurr.

Following the burn-off, which was handled by Mr Scurr and permitted by the Otago Rural Fire Authority, ORC enforcement officers interviewed staff who attended the incident and members of the public who had complained to the council or other organisations.

ORC lawyer Peter Kelliher said the council could only take action if it was satisfied it could prove beyond reasonable doubt an offence had been committed - that the fire was offensive or objectionable beyond the boundary.

''And in this instance we couldn't ... from an independent view looking at it from the outside in, we weren't comfortable that we had sufficient [evidence] to prove to the required standard.''

A formal warning would be issued to the person responsible for the fire.

''And that is the end of the matter.

''We don't have enough to get us over the line for an infringement or anything else.''

ORC environmental monitoring and operations director Jeff Donaldson said during the interview process a large number of people had ''backed off''.

''Then they determined it wasn't such a major incident as far as most people were concerned.

''There is a difference of opinion of the seriousness of the effects of the fire that emerged from the interviews that occurred and ... because there was nobody prepared to make a statement that could be used in court, it makes it impossible to prove beyond reasonable doubt.''