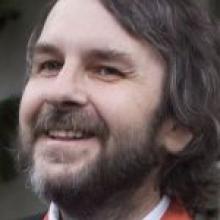 Sir Peter Jackson
Queenstown is being considered as a filming location for The Hobbit, a production company official has confirmed.

"We are scouting locations throughout New Zealand ... Queenstown is a consideration, as well as a number of other places," he said.

He said he did not usually announce locations.

"We are scheduled to be filming in the studio early in the year, but it may be quite some time before we get out there filming."

"With the film industry in Queenstown, it all really depends on what they're shooting. If they bring down a handful of the cast, they will use assistants from Wellington or wherever, but if they bring down 700 people, they will need some local crews on it, which would be great," she said.

Ms Weston said filming would have a "huge effect" on the rest of Queenstown, but it depends on where the company chooses to film.

"As far as the town goes, it could be huge ... What it really depends on is where they are shooting in the region. If they're out filming in Poolburn, they could be based in Alexandra, which would clearly have an effect," she said.

The two films are expected to cost about $US500 million ($NZ660 million) to make.

In November, public casting for the film was announced in three North Island locations.

Queenstown-based casting agency ICAN Models director Tracy Cameron said she had not yet heard from officials at Wingnut Films, but said from speaking to a reliable source, she was "very confident" they would be heading there "soon".

Film studio Warner Bros said yesterday it had tied up the international rights to cinema and video distribution of The Hobbit, NZPA reported.

Executives of financially troubled MGM, New Line Cinema and Warner Bros announced the deal yesterday in Los Angeles, and said that while Warner Bros Pictures would handle the bulk of worldwide distribution, MGM would handle international television licensing for the films and the two companies would co-ordinate marketing and release plans worldwide.

The first of the two Hobbit films is due to screen in ordinary cinemas, 3-D, and IMAX 3-D theatres on December 19, 2012, and the second film a year later.