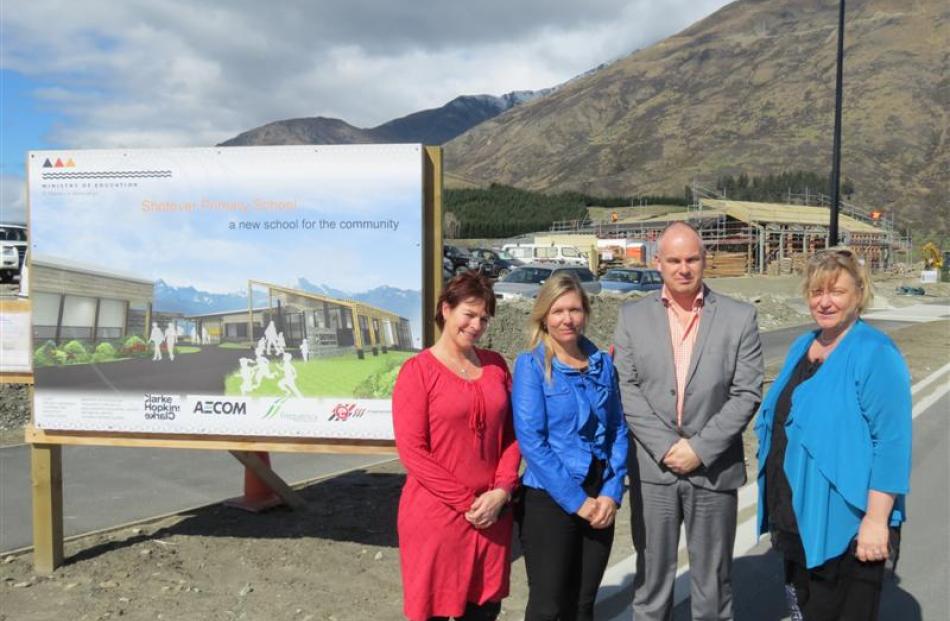 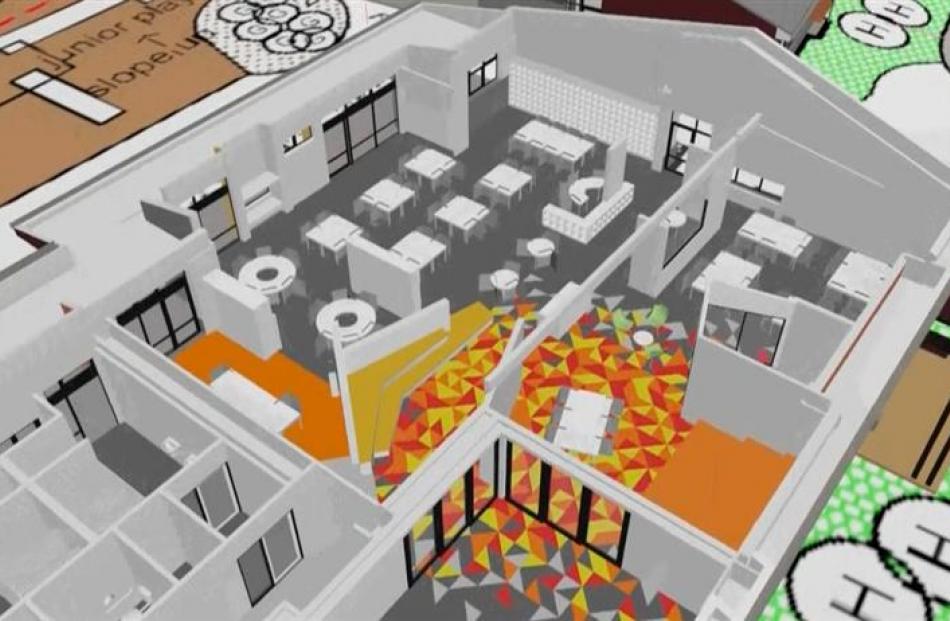 An aerial overview of what classrooms at the new Shotover Primary School will look like. The ''learning communities'' have capacity for about 40 pupils and four teachers who will work together in the adaptable area. Images supplied. 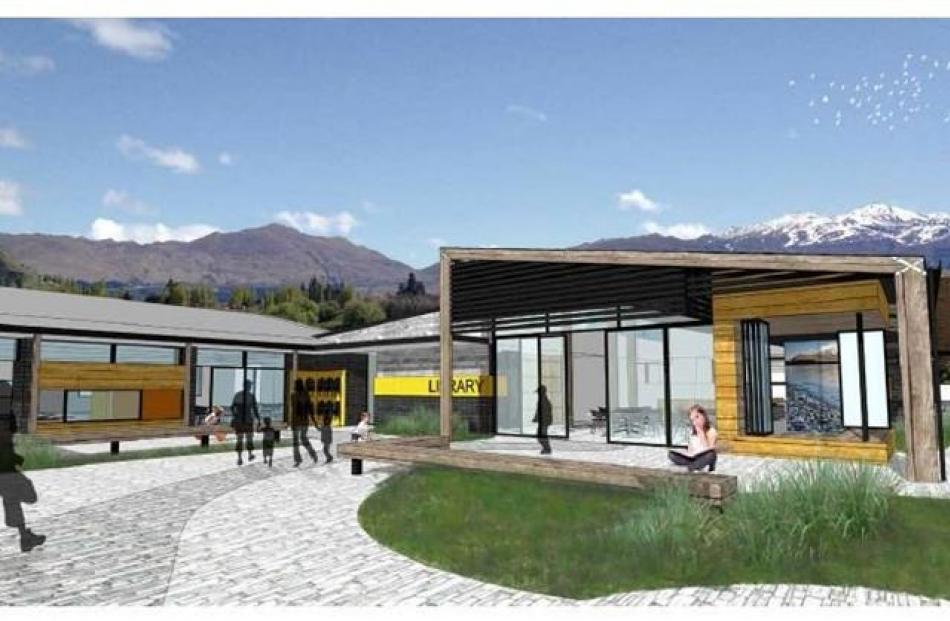 An artist's impression of what part of the $17 million Shotover Primary School will look like on completion. Due to open in February, the school has achieved a 5-Green-Star design rating.

The future of education is under construction in Queenstown and with the first charges for Wakatipu's newest school, Shotover Primary, due to start at the school in just four months, Tracey Roxburgh gets a lesson in 21st-century learning.

An education revolution is coming to the Wakatipu.

On a 3ha site nestled beneath the Remarkables mountain range, a 21st-century school is taking shape.

Amalgamated Builders Ltd, awarded the construction contract for the $17 million Shotover Primary School by the Ministry of Education, has about 30 staff working fulltime on the project.

Principal Ben Witheford, appointed in March, said everyone was working ''flat out'' before the school's scheduled opening in February for years 1 to 4.

The building itself is not what is traditionally expected from a school.

Sloping rooflines have been designed to take advantage of the year-round sun, without being distracting for pupils, while inside the school the traditional classroom model has been adapted for a modern learning environment.

But it's what will happen inside the school which is breaking the mould for education in the Wakatipu.

''The formula for traditional education came out of the Industrial Revolution ... it's about time we started doing things a bit differently,'' Mr Witheford said.

Rather than the traditional classroom, catering for up to 30 pupils with one teacher, Shotover Primary School will use a collaborative teaching and learning environment.

One classroom will be the equivalent of four in terms of size, with three to four teachers working with up to 40 pupils in each.

Spaces within classrooms can be closed off with sliding glass doors, depending on the requirements - for example, performances or drama.

That also included a ''mess area'', featuring lino, for ''making, crafting and art'', as well as a mini kitchen.

''One of the downsides of the traditional model is teachers have always been the kings or queens of their own little kingdom,'' Mr Witheford said.

''Now, we're in a far more collaborative environment, teaching with two to three colleagues ... they work together, collaboratively, as a team.''

While still following the New Zealand curriculum, focusing on foundation skills, Mr Witheford said the curriculum would be personalised to meet the pupils' needs.

''Because of the way we can structure the learning space, and because there's more than one adult ... it's how we go about that that's a bit different.

''We're trying to build, over time, an increasing level of independence with their learning.

''It's about ... giving them good skills around how to manage that learning and what they need to do.''

One advantage was teachers bringing different skills and perspectives to the classroom, benefiting the pupils.

Another was continuity for the pupils, who would have the same classmates and teachers for ''several years'', enabling strong relationships to be formed.

''This is not a case of throwing everything out - the kids are still going to get a good start.''

Mr Witheford said the pre-enrolment process had been running for about four months and the reaction from future school families had been ''pretty positive on the whole''.

Unlike in Auckland, where schools opened every year, Wakatipu families didn't have a lot of information to go on, he said.

''But, they seem to be au fait with the idea things will be a bit different ... their kids are probably going to get a better deal that what they got - we know more now.''

Two associate principals, Claire Buist, of Dunedin, and Helen Ahern, of Queenstown, had been appointed. The school is recruiting teachers, with eight to begin work in January.

That number was based on a ministry estimate of an opening-day school roll of 160. However, if more pupils were to enrol, proportionately more staff would be brought in.