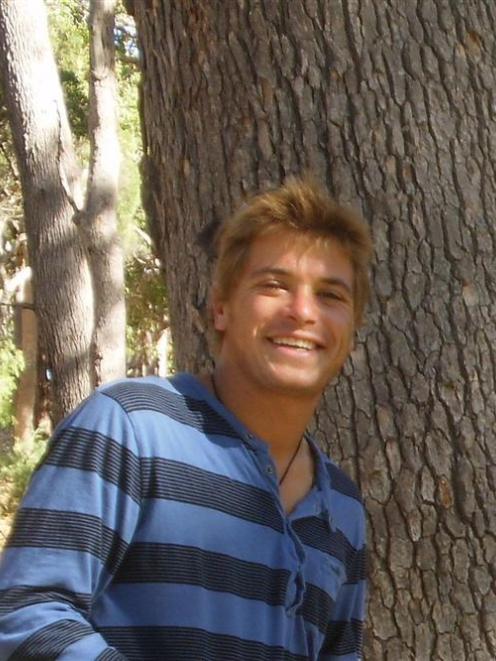 Mr Fyfe was shot by his best friend while hunting on neighbouring farm land in the early hours of Monday. He had been mistaken for a deer.

Several hundred people turned up to pay their respects to the popular young man known as "Dougs", who was carried to the outdoor ceremony in a wooden casket made by family and friends.

Two farm dogs had place of honour next to his casket, which was placed on the deck of a farm truck.

Huitau Rogerson and Tania Phillips performed a karanga (welcome) and Finlay Gilmour was the master of ceremonies for the funeral, which included elements of Buddhist tradition.

Mr Fyfe's siblings described how they were just reaching an age when they were beginning to appreciate each other's qualities and company.

Tom Fyfe (25) said he regretted not having more time with his brother and was amazed at how many lives he had touched.

Nick Anderson-Gee described a loyal friend and an argumentative foe, who had professed the end of their friendship "at least 45 times" but would always come back and defend him.

Grant Fyfe said his son had recently entered a particularly happy period of his life.

"Dougal's death was not really meant to be. It should, of course, be Dougal and the other kids talking about me at my funeral, not the other way round," Grant Fyfe said.

Grant Fyfe thanked the community for their love and support.