Wakatipu vicar to end 40-plus years of ministry in NZ 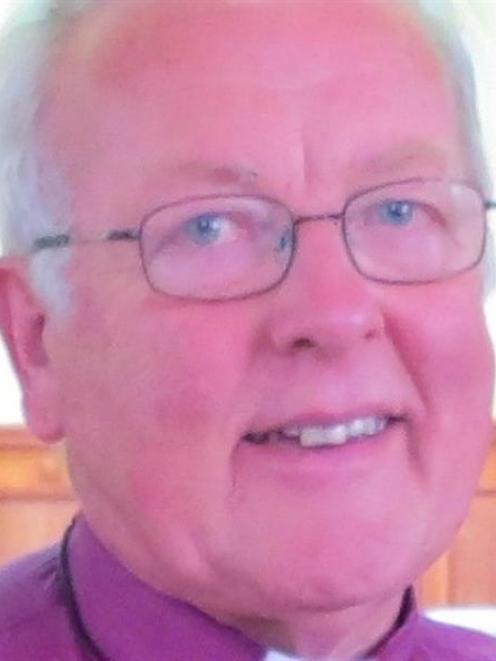 David Cole.
The Rt Rev Dr David Coles retires in February after almost six years as vicar of the Wakatipu Anglican Parish and more than 40 years in New Zealand ministry.

However, God works in mysterious ways and Dr Coles and his wife Joy will travel to Copenhagen, where he will serve as a locum in St Alban's for nine months, before they return to Christchurch and their four adult children and six young grandchildren.

''Our grandchildren are very excited because Legoland is in Denmark,'' Dr Coles said, laughing.

The 34th vicar since the first in 1869 and the former Dean and the seventh Bishop of Christchurch for 24 years said retirement beckoned because he will be 71 in March.

Dr Coles was pleased his workload of sermons and services, baptisms, weddings and funerals increased during his time in Queenstown, to such an extent the 150-year-old parish has become one of the most significant in the Diocese of Dunedin.

''It's not as if people are going on the traditional track of going to Sunday School, being confirmed, then being put on the roll,'' he said.

''People are coming here from all different routes to us. Some are newcomers looking for a place to belong and come once and twice and get to know people and the international dimension is changing dramatically.

''We still have a solid core of local people who are the salt of the earth, but on any one Sunday we've got multiple nationalities here and that's a reality and we've got to cater for that.''

Dr Coles said there were now ''significant numbers'' of Chinese visitors who either take a photograph and go, or actually sit down for the services, take communion and join in for morning tea afterwards.

''One of the key drivers in a ministry in a resort town like this is how to provide a welcoming community for strangers and visitors. One of my sort of mission statements is to help turn tourists into pilgrims, so they're not just taking pictures and having a look, they're actually joining us, sometimes sharing food with us.

''We have overseas visitors who are just very pleased to have a meal with Kiwis, which you don't get in a hotel or on a bus trip.''

Those decades leading Christ Church Cathedral put him in good stead for Queenstown.

During his tenure, the cathedral had more visitors than the Canterbury Museum and Canterbury Art Gallery.

He married Joy, baptised some of his grandchildren, took funerals of friends and colleagues and led the community in services for the 9/11 terrorist attacks and in support of democracy in China in the cathedral, long before it was shattered by earthquakes, so ''it's got huge memories for me'', he said.

''It's always been a very important focal point for the community and I believe and hope it will be again.''

''People are waiting longer before they get married and they're often in their late 20s or early 30s when they do get married, sometimes after they've had children.

''As the years go by, they realise the importance of being committed to each other.''

Dr Coles' services are renowned for their witty informality of tone, hospitality to both the faithful and the curious, and topicality with parallels drawn between passages and current affairs.

''I remember a bishop saying many years ago he preached with the Bible in one hand and the newspaper in the other,'' he said.

Asked where he sees the parish and the Anglican Church heading, Dr Coles saida growing interest in the Christian faith was evident in Wakatipu.

One of the big changes in his congregation had been the significant number who considered themselves members of the church, but did not have an Anglican background.

''That's a feature across the churches. There's a more fluid approach to membership. They come because they enjoy the community here, they appreciate the kind of fairly relaxed and informal worship we have, but still maintaining the framework of the Anglican church.''