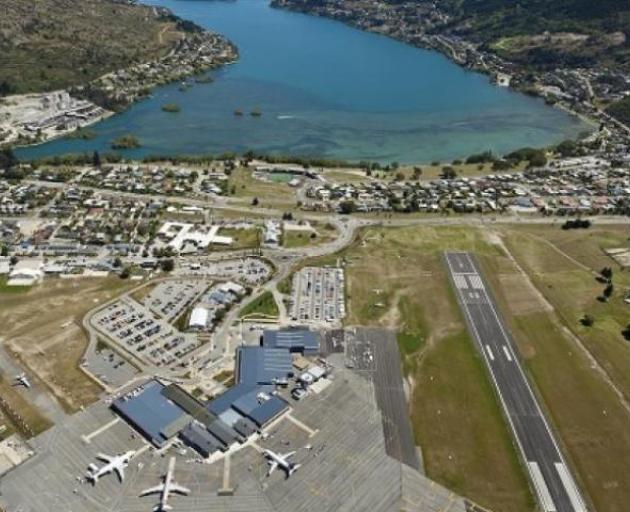 Three members of the "We Love Wakatipu Inc" group and one representative of Extinction Rebellion spoke to councillors about their desire for the council to honour election promises to maintain the existing noise boundaries for the airport.

We Love Wakatipu chairwoman Cath Gilmour, a former district councillor, said during the campaign nine members of the new council "publicly said or wrote that you did not agree with expansion" of the boundaries and Mayor Jim Boult "promised to be guided by community input to find a sensible solution".

She wanted the council to revoke the "unfettered, three-year proxy" granted to Mr Boult at the first official meeting last month for all shareholder meetings with Queenstown Airport.

"Any proxy should only be exercised on the direction of a majority vote of councillors, in formal council meetings."

Fellow group member Sally Stockdale, also a member of the Frankton and Kelvin Peninsula community associations said Mr Boult was the only person re-elected who had not stated if he supported expansion of the boundaries.

"Therefore, I do find it curious that Jim has been appointed the proxy to represent all of you to the QAC for the next three years. I believe that should be rescinded. But my question is, if it is not, will the overwhelming majority view of no expansion of the noise boundaries be taken to the QAC directors table, Mr Mayor?"

Mr Boult replied it was not a "question and answer session" but said he took her point on board.

Kirsty Sharpe said she was "heartened" to hear Mr Boult say at the Frankton Community Association candidates meeting "that you would respect the community's wishes" in regard to the noise boundaries.

"I trust you and your council will take the right actions to preserve what is precious to us all here," she said.

New councillor Niki Gladding voted against adopting the minutes from the previous council meeting, held on October 24, due to wording used to outline the background to Mr Boult's proxy vote being confirmed.

The minutes referred to counsel Alice Balme having "presented" a report to the council and that she had "confirmed" the single proxy vote allocated to the council was traditionally held by the mayor.

Ms Gladding said she did not recall Ms Balme "speaking to it" and said that was done by council chief executive Mike Theelen.

Ms Balme explained a report was "presented by the author of the report", while Mr Boult said the wording did not mean "she actually has to stand up and say it".

Newly elected councillor Glyn Lewers abstained from that vote as he was not present at the first meeting.