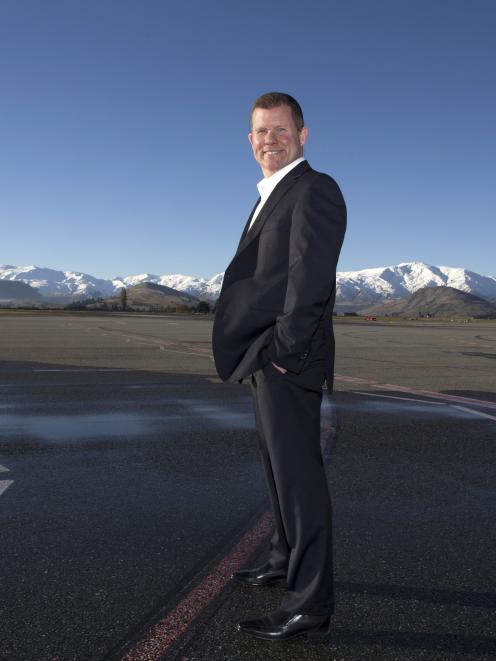 Colin Keel. Photo: Supplied
May is traditionally a quieter month in Queenstown, but autumn promotions, increased airline capacity and the arrival of the first domestic night flight have boosted figures.

Queenstown Airport communications manager Jen Andrews said: ``Most of the growth was on the Auckland-Queenstown route, which increased 40%, and includes the first after-dark services which commenced on 23 May.''

International arrivals and departures were up 13% at 20,574, continuing a trend of double-digit growth from offshore.

That compared with the 59,567 domestic passengers and 6398 international passengers recorded in May 2012.

Mr Keel, who is originally from the United States, moved to Queenstown from Australia.

He was appointed after an international search and arrived in the resort on June 1.

He replaces Scott Paterson, who died last September after a short battle with cancer.

Jetstar's first international night flight, from Melbourne, is scheduled to land on June 24.

That will follow Air New Zealand's first domestic night flight, which touched down from Auckland on May 23.

After-dark flights were made possible by a $19.6million runway infrastructure upgrade, which included widening the runway to 45m and installing new airfield lighting.