The art of the covenant 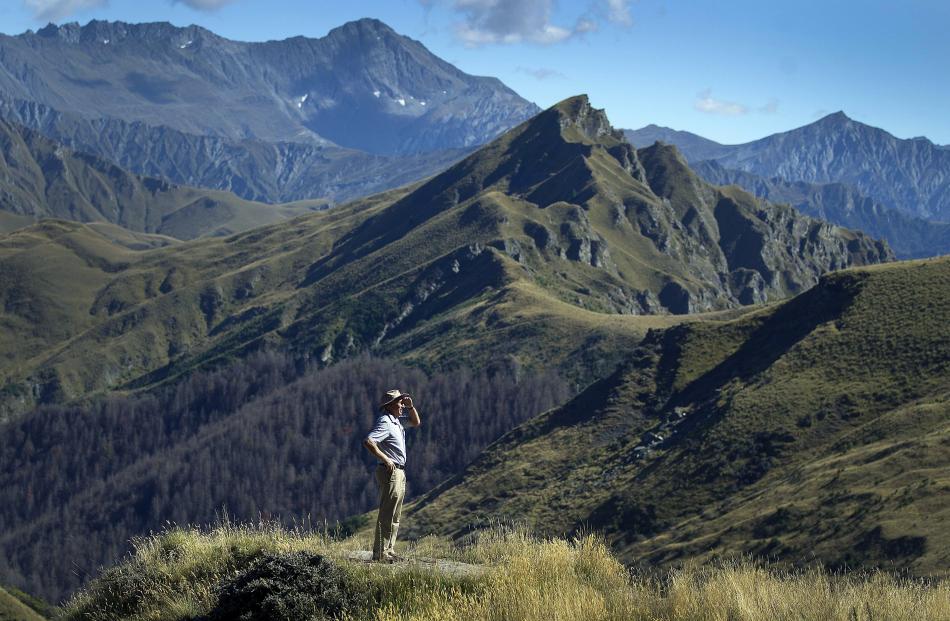 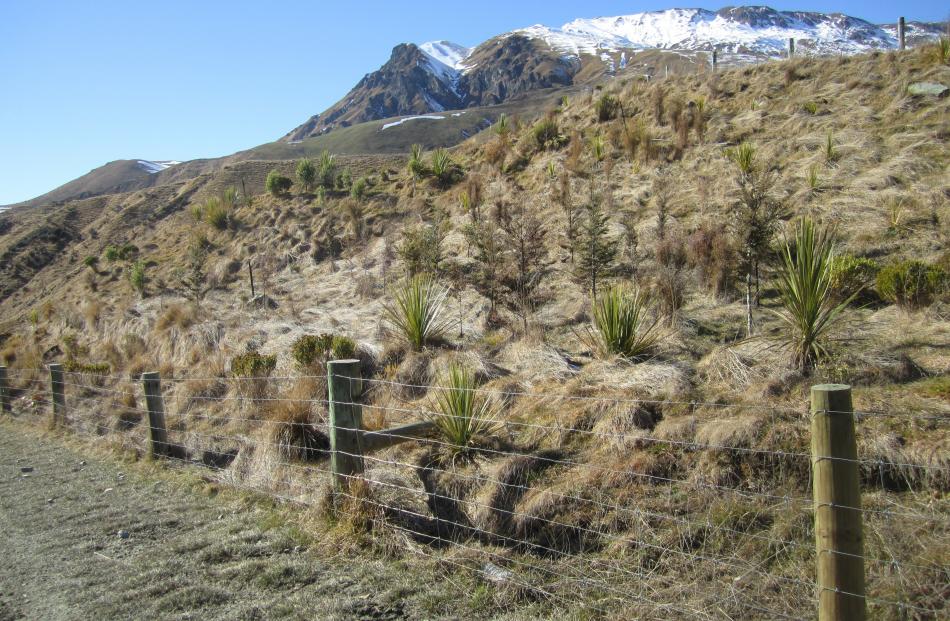 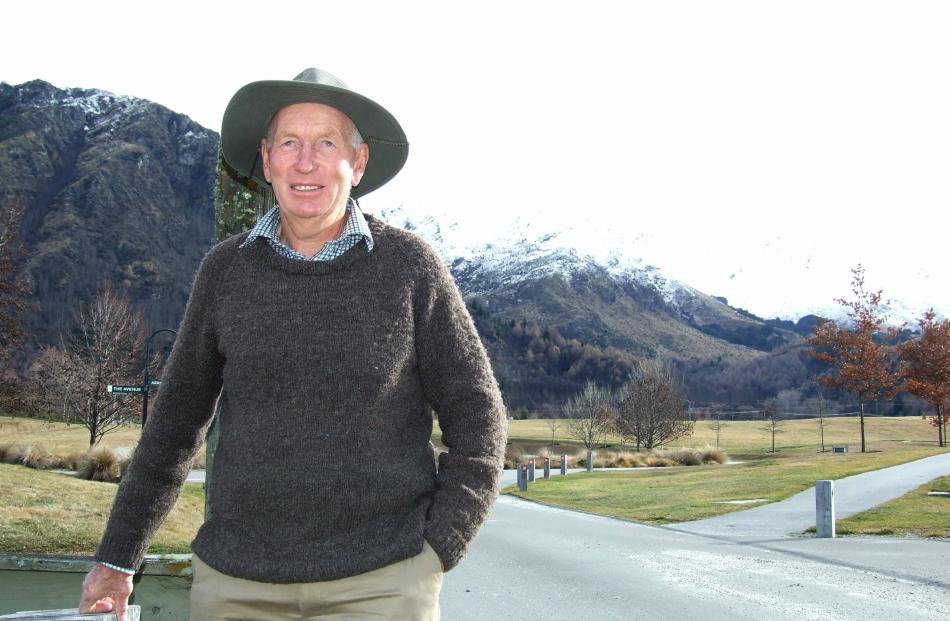 Two years have passed since we learned four high country stations between Arrowtown and Lake Wanaka would be placed under protective covenants, effectively creating New Zealand’s first national park in private hands. Queenstown reporter Guy Williams finds out what is happening on the stations and asks whether the land will be protected and cared for forever.

Their leases were bought between 2003 and 2011 by British record producer and songwriter Robert "Mutt" Lange — in the earlier years with then-wife, Canadian country-pop singer Shania Twain.

Two years ago, the QEII National Trust announced Lange would place 95% of the stations’ area under open space covenants, a decision then-Minister of Conservation Nick Smith hailed as an "extraordinary act of generosity".

The covenants were registered the following March, but what is less well-known is that a large-scale programme to halt and ultimately heal the ravages of 150 years of burning, mining and grazing had been under way on the properties long before the covenants were created.

He and six employees, along with myriad contractors for specialised work, are more than a decade into a project to, as he puts it, return the land to a state that allows Mother Nature to take care of herself.

Mr Hamilton says the objective is to bring the land back to "pristine" condition.

It started with removing stock from the fragile higher country and taking the fight to the land’s biggest menace — wilding trees.

Soho Property has spent more than $2 million to date on eradicating wildings, most of it in the past five years, in a battle he believes it is gradually winning.

It has also declared war on pests such as goats, mustelids, possums, red deer, rabbits and hares.

More than 16,000 goats have been taken off Glencoe and Coronet Peak stations alone.

Tens of thousands of native trees and shrubs are being planted each year, wetlands have been fenced off, and large predator-free areas have been created as safe havens for birds.

The hope is that in time, these safe havens will bring back substantial populations of birds such as tui, kakariki, kaka, kea, saddlebacks and falcons.

The company is working with the Department of Conservation and Ngai Tahu to reintroduce weka to a valley on Motatapu Station, and has ambitions to add takahe and kiwi to the list.

The reintroduction of birds is not just a "feel-good thing", he says.

Their symbiotic relationship with trees means they play a vital role in the efforts to restore and expand the area’s remnant forests.

He uses the analogy of marine reserves, from which expanding fish populations spill over into surrounding unprotected waters.

"We’re working on the same theory and we’re doing it on quite a substantial area. We’re creating safe havens for birds to nest and then move further out."

Mr Hamilton says the area is thought of nowadays as open tussockland, but that may not have been the case before humans arrived.

"Pre-Polynesian settlement, there are clear indications there was a lot more forest."

It lay in a transition zone between typical Central Otago forest of totara and kowhai, and the beech forest predominating in the higher rainfall areas towards the west.

The tussock country is also showing early signs of recovery since stock  was removed from areas unable to be farmed sustainably, he says.

"There are areas that we’ve had closed off for 10 years, and it is quite staggering how it has recovered."

Mahu Whenua is becoming a protected "island" in the middle of traditional sheep-grazing country, he says.

Even better, that island is effectively being expanded by pest control programmes on neighbouring land in the West Matukituki River catchment.

Farming operations on the four stations are now limited to about 3000ha of uncovenanted lowland country — about 5% of the stations’ total area.

Although it "struggles" from an economic standpoint, the goal is to have a profitable operation that helps fund the conservation work.

In addition to the creation of the Motatapu Track eight years ago — a condition of the OIO’s approval for Mr Lange to buy two of the stations — 23 walking and cycling tracks are being either upgraded or built.

Mr Hamilton says Arrowtown could be a "Mecca" for walkers and mountain bikers, with a huge untapped potential for many more visitors to enjoy the area’s landscapes.

His first involvement with the properties came in 2002, when the legal firm preparing Mr Lange’s OIO applications for buying Motatapu and Mt Soho stations sought his advice on farming matters.

He was then invited to stay on and manage them.

"It’s certainly the best thing I’ve ever been involved in — to have an opportunity to create something as important as this."

Until then, he had spent much of his working life, from 1969 until 1992, farming Routeburn Station at the head of Lake Wakatipu.

Raised with a traditional approach to high country farming, his attitudes have changed since he started working for Mr Lange, he says.

The covenants’ "Healing the land" moniker sums up Mr Hamilton’s job, but he picks his words carefully when asked about the state of the land before Mr Lange took over the leases.

"I’m certainly not going to criticise anyone for what they’ve done on their land, in any shape or form.

"We’re just in the very fortunate position of having somebody who’s got a very strong environmental conscience, and he’s funding it to the extent that he can say ‘just do it’."

Although his Switzerland-based boss is a "very busy" man, he closely follows what is going on.

When Mr Lange visits — usually once a year — he is hands-on and "gets out amongst it" every day.

As for himself, Mr Hamilton sees his work as helping to create a legacy for future generations.

He admits to dreaming about how the land will look in a few decades’ time.

• Include 53,000ha of protected land — equal to the combined areas of Paparoa and Abel Tasman national parks

• Contain habitats for rare and endangered native plants and animals such as skinks, tussock insects and butterflies

• The Motatapu Challenge multisport event is held annually across three of the stations.

2008: Opening of 29km Motatapu Track — a section of Te Araroa national trail — a condition of the OIO’s approval of the two stations’ sale

2014: QEII National Trust announces 95% of the four stations will be placed under open space covenants March