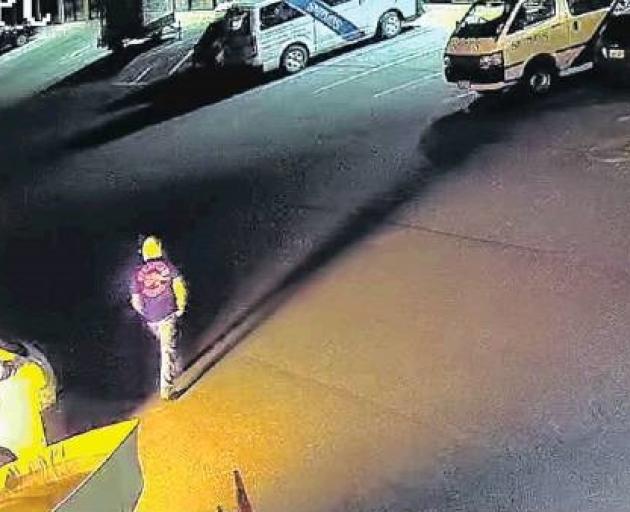 The fire illuminates his clothing as he walks away, the back of his T-shirt showing a printed insignia of the Red Devils motorcycle gang. Photo: Supplied
Police are asking for help to identify the person who set a boat on fire in Queenstown last month.

CCTV images have been released of the incident, in which a man set fire to a Bayliner boat while it sat on a trailer in the Gorge Road Retail Centre car park about 7pm on August 5.

Detective Matt Jones said the footage showed the man carrying a fuel can as he walked across the car park towards the boat.

The man lifts the boat’s cover, douses the boat with petrol and sets it alight.

The fire illuminates his clothing as he walks away, the back of his T-shirt showing a printed insignia of the Red Devils motorcycle gang.

Det Jones said the arson was ‘‘very targeted’’, and no damage was caused to vehicles and buildingsnearby.

Queenstown: Police are investigating the burglaries of two Closeburn properties on Sunday night.

A black Mazda Titan light truck was taken from the first property.

Snr Sgt Wilkinson said the truck was found by its owner at the Five Mile shopping centre, in Frankton, the next day.