Cases to be put over public alcohol ban 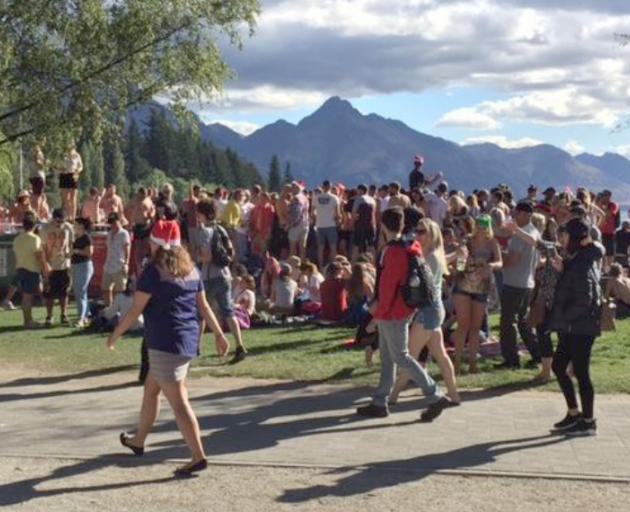 A selection of police photos showing the effects of public drunkenness around Queenstown. Photos: NZ Police

In one photo, a man is passed out in a doorway and appears to have defecated on his own wallet.

Both NZ Police and Ministry of Health officials will give oral submissions to the resort's alcohol ban bylaw 2018 hearing panel in Queenstown on Friday. 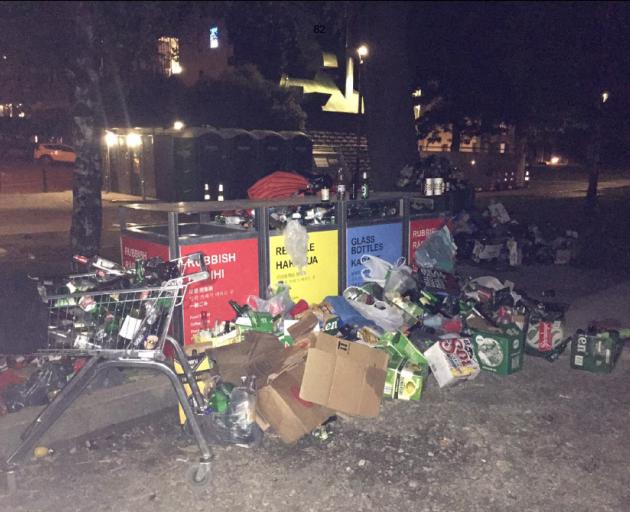 The proposed bylaw, which replaces the 2014 version, effectively bans public gatherings for "Crate Day" - a nationwide drinking day on the first Saturday in December.

It also bans "similar events or promotions", which could possibly encompass St Patrick's Day gatherings. Drinking in licensed premises and at home on those days would still be allowed.

And it seeks to extend the existing year-round 10pm to 8am street and public area drinking ban by two hours, beginning instead at 8pm.

A dozen supported both changes, including NZ Police and the Southern District Health Board.

"Police view these changes as a positive step forward in reducing alcohol-related harm and offending within the CBD. 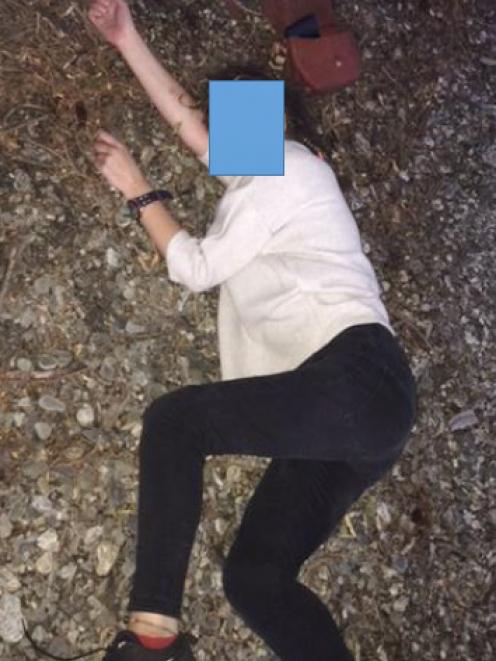 "Police, however, still submit that a 24-hour alcohol free area, year round, in the CBD and public reserves will lead to less confusion, easier control and a better, safer environment for all the public.

"Most cities, and towns in New Zealand already have 24-hour alcohol bans in place within their CBD and main public reserves."

In the period July 2017 to June 2018, 503 people attended the hospital due to alcohol - representing 5% of total emergency department cases.

And more than half of those, 55%, live in the district.

Sgt Haggart, in the police submission, goes on to detail dozens of examples of public drunkenness, preloading, aggression, and other problems caused by drinking in the streets and parks.

She includes photos of various days throughout the year with the message "a picture tells a thousand words".

In one, she said: "Police located a very intoxicated male laying asleep on the footpath outside ANZ bank, with his wallet lying behind him in a pile of human excrement."

There is also a video of that incident and others for the panel to review.

Other photos show people who have drunk until they passed out, vomit on the streets, large gatherings in the Village Green and Queenstown Bay Beach and elsewhere, and numerous photos of rubbish bins overflowing with hundreds of bottles. 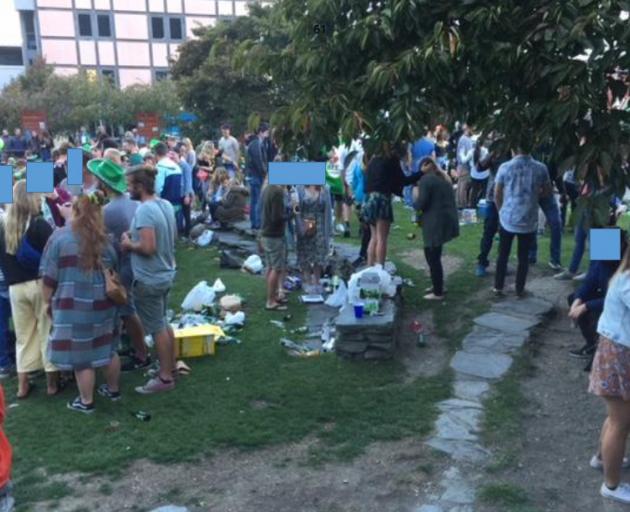 "It is a common thought that Queenstown wants to be able to let mum and dad or the grandparents sit on the beach and enjoy a drink while the children play.

"The reality is that mum and dad sit, with their nice bottle of wine, next to a larger group of young people who have boxes of beers, casks of wine, who are drinking excessively and becoming loud, intimidating and disrupting others around them.

"This is permitted because of the timings of the current alcohol ban."

The existing 2014 bylaw, and the 2018 version, have a "booze ban" covering December 27 to January 6 and during the resort's Winter Festival.

The draft 2018 version was passed by the QLDC in July, prompting the consultation hearing.