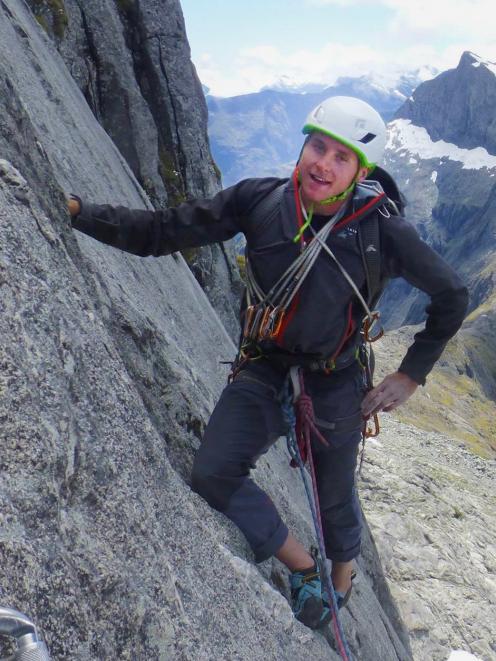 Conor Smith. Photo: New Zealand Alpine Team
Two promising mountaineers who died in a fall in Fiordland National Park in 2017 were not climbing beyond their abilities, a coroner has found.

Conor Smith (22), of Queenstown, and Sarwan Chand (27), of Wanaka, died while attempting a challenging route on the south face of Marian Peak in the Darran Mountains on April 22, 2017.

The pair’s deaths, to which there were no witnesses, was the subject of a three-day inquest in Queenstown in January last year.

Coroner David Robinson, who released his findings yesterday, concluded Mr Smith fell — for an unknown reason but possibly a hand or foot slip, or a dislodged rock — up to 34 vertical metres, or twice the length of the played-out rope between the pair.

The force of his fall went on to a cam anchor that immediately dislodged, putting the force on to Mr Chand’s belay, his body, and then on to a micro-cam secondary anchor that also dislodged, resulting in him being pulled from the rock face.

The two men then fell a further 100 vertical metres.

The pair had been members, since 2015, of the New Zealand Alpine Team, which is made up of promising young climbers who are mentored by experienced older climbers.

The team, an offshoot of the Expedition Climbers Club, was set up 2013 and climbers aged 18 to 25 are able to apply to join its three-yearly intake as mentees.

Mr Robinson said he considered whether the team’s culture had contributed to the pair’s deaths, partly because of media articles at the time in which experienced climbers had voiced concerns it was instilling "outsized confidence" in its mentees. 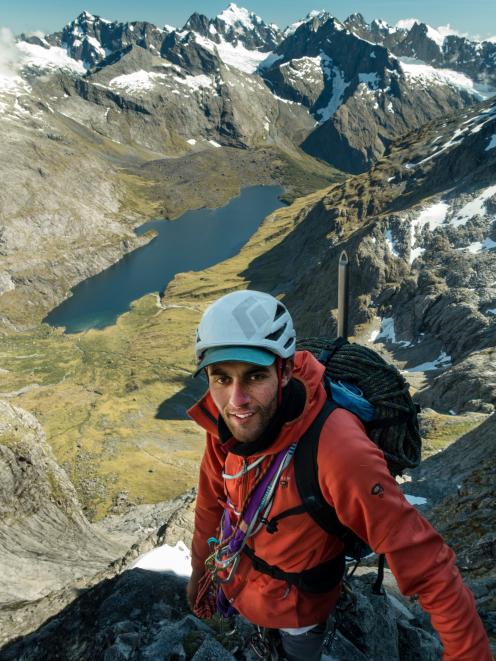 Sarwan Chand. Photo: New Zealand Alpine Team
The articles pointed out that five of the team’s members had died in climbing accidents in a five-year period.

Two climbers who publicly expressed some of those concerns — former team mentor Jane Morris and Queenstown mountaineer Steve Skelton, gave evidence at the hearing — expressed some regret at their earlier comments.

They admitted their knowledge of the team’s culture was incomplete, and their perspectives had changed somewhat subsequently, Mr Robinson said.

In reaching his finding, he placed much weight on the evidence of veteran Wanaka mountaineers Geoff Wayatt and Lionel Clay, the former as a court-appointed expert for the hearing, and the latter in his capacity as an advisory mentor for the team since 2019.

Their comments had helped him reach the finding that Mr Smith and Mr Chand were "sufficiently skilled and experienced to undertake the climb, were well-informed as to the nature of the climb and the requirements, and they had prepared appropriately for it".