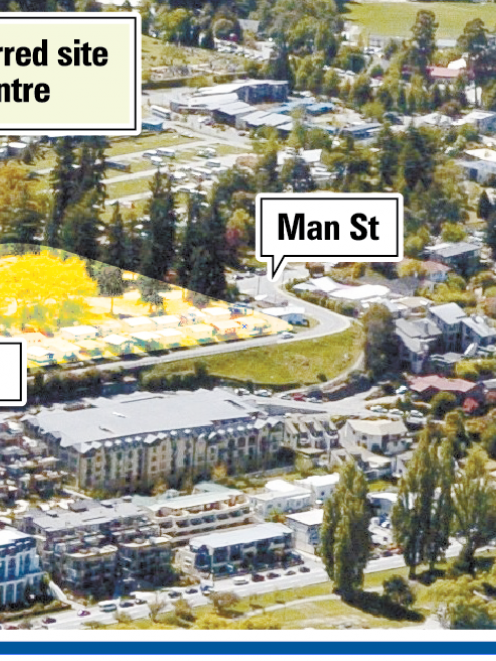 Click to enlarge
The Tourism Industry Association has welcomed plans for a proposed ''world-class'' convention centre in Queenstown, saying any such development would bring significant financial benefits to the region.

SkyCity Entertainment Group's involvement comes as no surprise, with chief executive Nigel Morrison already indicating the company saw Queenstown's potential as a tourism and high-roller destination. SkyCity is involved in its inaugural sponsorship of the New Zealand PGA Championship, near the resort from today and in December bought a 40% share in Queenstown Casino for $5 million.

Ms van Uden said parties would not proceed with investing in a centre unless a viable case existed and the community supported the proposal.

''However, the quality of the proposal received to date gives us confidence that if the financial viability exists, then we have the best possible partners to unlock that potential.''

The council would set up an operating model for the centre which would be financially neutral to ratepayers. Any contribution from the council would be capped and fully disclosed. The model would involve a project structure to develop the facility and a separate structure for the leasing and operating of the centre, she said.

''It is not the intention that council would be involved in either the ownership or operation of a convention centre, which is clearly not core council business.''

''There's still a long way to go, but if the business case stacks up and the community is supportive, a convention centre could bring great benefits to Queenstown and the wider region,'' Mr Snedden said.

''As one of New Zealand's top visitor destinations, Queenstown is a popular choice for meetings and conferences. A purpose-built convention centre would attract new business to Queenstown, creating jobs and a range of downstream business opportunities.''

SkyCity spokeswoman Kelly Armitage, of Auckland, said the company was ''interested in exploring the opportunities with the consortium. Asked if its involvement would mean more poker machines in Queenstown, Ms Armitage said the centre was ''a stand-alone venture - nothing to do with gaming''.

He expected clear ideas of concepts, costings and short and long-term job creation to be available by July.

Lakeview was the preferred site for the centre. Last August, the council said it considered retaining ownership and leasing to developers the 4ha freehold parcel of land, with a section set aside for ''community housing''.

''This has not been done behind our backs. There are parties that are interested in that land and I include the trust in those who are very keen to get around the table with council and look at doing something quite fitting for its close proximity to town and the core needs in the town.''

Queenstown Airport chief executive Scott Paterson said yesterday the airport corporation supported a ''well-located, right-sized'' convention centre as an asset for the district. It was great to see progress in the announcement, Mr Paterson said.

''The market clearly fits the east coast of Australia, or Auckland and Wellington businesses with our direct links.''