Coronet Forest to be harvested

The Queenstown Lakes District Council has voted unanimously to adopt a recommendation to harvest the Coronet Forest early, with Cr Scott Stevens confirming the long-term commitment the decision signals.

The 172ha Douglas fir forest on the lower slopes of Coronet Peak was planted between 1984 and 1996. The land is owned by the council, while the forest resource is  managed and owned under a joint venture between QLDC and the Central Otago District Council for one rotation of the forest.

It was a "significant contributor" to the spread of wilding trees, the effect of which was becoming increasingly visible. 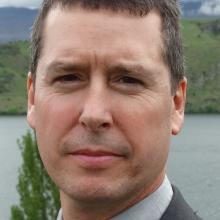 The council decided to review the forest in 2014 and in 2016 it sought community feedback before agreeing to an early harvest subject to updating the Coronet Forest management plan, which included a revegetation plan.

Cr Stevens said revegetation was a "major concern" to may submitters.

Cr Stevens said while revegetation would be expensive — about $12 million — the money had to be committed.

Parks and Reserves (Forestry) officer Briana Pringle confirmed there was already draft provision in the council’s 10-year plan for that funding to be included.

Council staff would now carry out an outline plan for the harvest and seek agreement from the CODC.