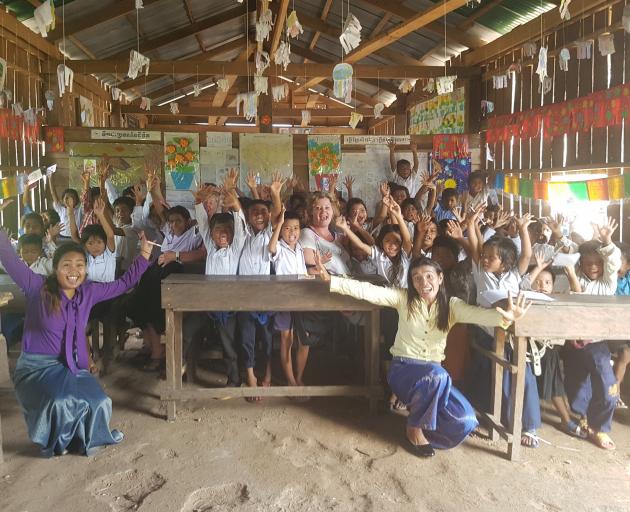 Cambodian children and their teachers with Julie Carlaw-Hillary, (centre front) of Queenstown, inside the school she and her husband, Mark Hillary, upgraded. The couple has also built a new school in Ou Ambel Village, near Siem Reap, which will be finished next month. PHOTO: SUPPLIED
A Queenstown couple have become heroes in an impoverished Cambodian village after bankrolling and building a new school, which they hope to expand.

Architectural designer Mark Hillary and his wife Julie Carlaw-Hillary, a teacher, spent last year working on the project in Ou Ambel Village, near Siem Reap, which will be finished on February 28.

To date they have invested $40,000 of their own money into the project which started when Mr Hillary was asked by Sergio Antunes, a New Zealand friend based in Cambodia, to design a school for the children to replace a dilapidated two-room barn with no toilets or water.

The Hillarys have since upgraded the barn to cater for 256 children, and convinced the Cambodian Government to give a piece of land for the new school which will cater for another 400. 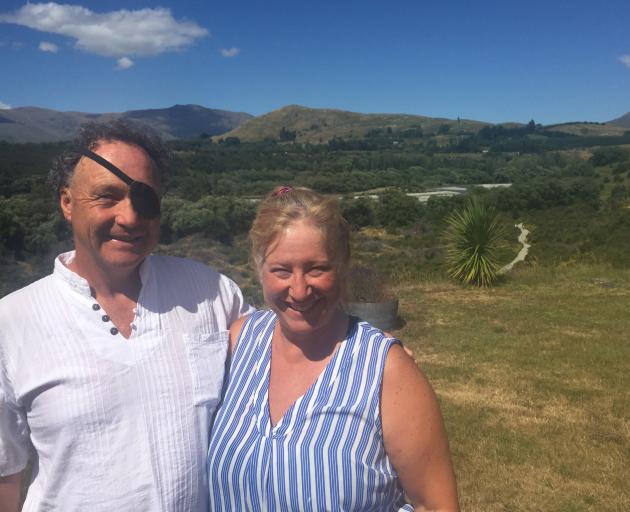 Mr Hillary said at times the couple had questioned why they took on what initially appeared to be a simple project, particularly after his wife battled a life-threatening illness last year.

"Within a few weeks of witnessing the desperation there for education, that question had changed to `how can we not build a school and leave these kids like that in poverty?"'

The couple battled Cambodian bureaucracy but "miraculously" managed to get approvals for the new school almost six months ahead of the usual timeframe.

The Hillarys, joined by Queenstown builder Richard Short and his family, travelled to Cambodia to build a playground for the children while waiting for the school consents.

Once building started, the children filled washing baskets with soil and moved bricks to help the contractors every night after school, Mr Hillary said.

"What really moved me was watching a father drive his tractor on to the proposed school site renowned for its hidden land mines with his children's two grandfathers hobbling out in front.

"Some of the locals told me those two old guys had badly damaged legs from standing on land mines previously.

"That's the extent of the desperation there for children to be educated."

The couple were now contemplating selling their caravan and boat to fund the remainder of the project - there were still 1000 children around the village needing an education and each pod costs $82,000.

They hoped to build more pods and a child care facility.